This Teen Just Broke Ellen DeGeneres's Record for Most Retweeted Tweet of All Time. He's Getting a Lot of Chicken Nuggets

A tweet from cool teen Carter Wilkerson passed Ellen DeGeneres’ infamously star-studded, Bradley Cooper-lensed Oscars selfie this week as the most retweeted tweet of all time, clocking in at more than 3.43 million retweets.

It all began when Wilkerson, a 16-year-old student at Manogue High School in Reno, Nevada according to the Reno Gazette-Journal, tweeted at the fast food chain asking how many retweets he would need in order to receive a year’s supply of free chicken nuggets. Wendy’s, known for its robust social media presence, tweeted back to the teen that “18 million” could get him his free nuggets. Wilkerson’s casual response? “Consider it done.” His most retweeted tweet showed a screenshot of this interaction, along with a caps-locked caption that read, “HELP ME PLEASE. A MAN NEEDS HIS NUGGS.”

In the month since Wilkerson wrote his tweet, celebrities have helped him reach his goal, including stars like Aaron Paul, Kathy Griffin, and Martha Hunt, as well as businesses like Amazon and Microsoft. The hashtag #NuggsForCarter started to trend and even the governor of Nevada got in on the fun.

While Wilkerson didn’t quite hit the 18 million retweets Wendy’s originally proposed, he can now claim the most retweeted tweet of all time and more than 100,000 followers, as well as being officially verified on the platform. According to Twitter’s blog, Wilkerson has received a gift card for a year’s worth of free nuggets from Wendy’s; the fast food giant will also make a $100,000 donation in Wilkerson’s name to the Dave Thomas Foundation for Adoption, which finds loving homes for children in foster care. 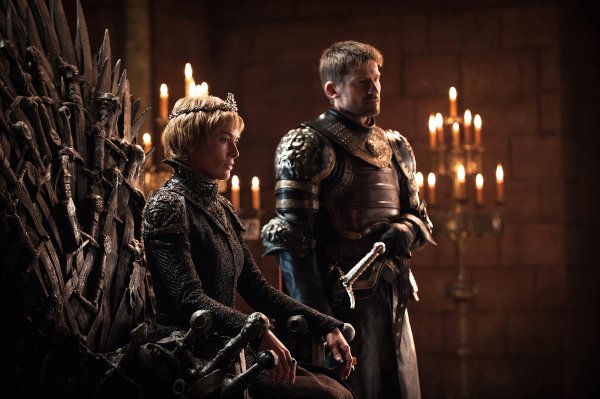 The Internet Is Reimagining Game of Thrones as Other TV Shows and It's Amazing
Next Up: Editor's Pick