Art is in the eye of the beholder. That was certainly the case at a recent art show at Robert Gordon University in Aberdeen, Scotland over the weekend, when one mischievous student left a random pineapple on an empty display stand to see what would happen, as a prank. Lo and behold, a few days later curators of the festival — aptly entitled “Look Again” — had decided that the spiky fruit deserved its spot on a slab, even going so far as to enclose it in a glass case.

“We were shocked and in disbelief. We didn’t stop laughing for about 10 minutes,” the mastermind behind the mischief, business information technology student Ruairi Gray, told Metro UK. He documented his activities on his Facebook, first posting a snap of the lonely pineapple placed on an empty stand. “I made art,” he said. The next images show the fruit inside its glass encasement, officially co-opted into the exhibition’s display. He added that his tutor had visited the show and asked about the pineapple, only to be told by a an art lecturer not to question the exhibit. “Of course it’s real, you can see what they were trying to do with the top of the pineapple and the glass,” the tutor was apparently reminded.

And this wasn’t just a casual student exhibition; the show’s director Sally Reaper said there were 30,000 visitors to the festival. She added that it was a “bit of a mystery” how the pineapple ended in the case, but they were in on the joke all along. “It was very clear to us it was a prank, but we have decided to leave it there because it’s in keeping with the playful spirit of our festival,” she explained. 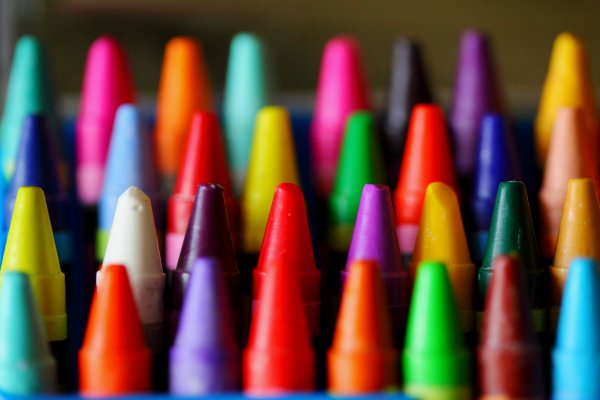 This Is What the Internet Wants Crayola's Next Color to Be
Next Up: Editor's Pick