Sen. Lindsey Graham: It Was Russia, 'Not Some 400-Pound Guy' That Hacked the 2016 Election

Senator Lindsey Graham, a Republican from South Carolina and chairman of the Senate Judiciary Subcommittee on Crime and Terrorism, makes an opening statement during a hearing with former Acting Attorney General Sally Yates in Washington, D.C., on May 8, 2017.
Andrew Harrer—Bloomberg/Getty Images
By Katie Reilly

South Carolina Sen. Lindsey Graham countered President Donald Trump’s previous comments about who was responsible for the hacks that influenced the 2016 presidential election during his opening remarks at a Senate Judiciary subcommittee hearing Monday,saying there was “no doubt in his mind” Russians were involved,

Graham cited intelligence findings that Russian operatives tried to interfere in the election by hacking into the Democratic National Committee computer network as well as the emails of Hillary Clinton campaign chairman John Podesta.

“I think every American should be concerned about what the Russians did. From my point of view, there’s no doubt in my mind it was the Russians involved in all the things I just described — not some 400-pound guy sitting on a bed, or any other country,” Graham said. “Russia is up to no good when it comes to democracies all over the world.”

Graham’s comments appeared to reference statements made by Trump during a presidential debate in September.

“I mean, it could be Russia, but it could also be China. It could also be lots of other people. It also could be somebody sitting on their bed that weighs 400 pounds,” Trump said at the time. “You don’t know who broke into DNC.”

Trump again raised the possibility that China orchestrated the DNC hack in an interview last month, though he offered no evidence to back the allegation. 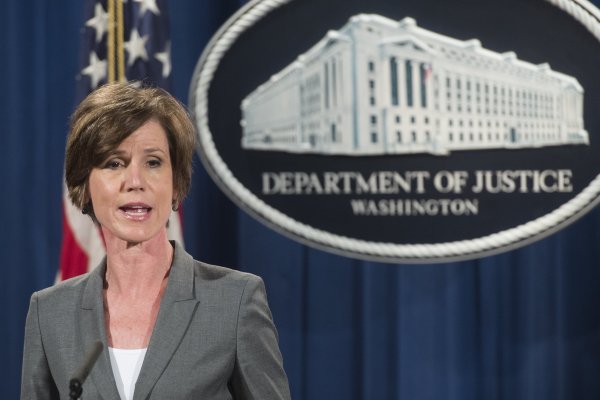 Read Sally Yates' Testimony Before the Senate Judiciary Committee
Next Up: Editor's Pick