How the White House Learned That Michael Flynn Was 'Compromised'

Former acting attorney general Sally Yates testified Monday that she had warned the Trump Administration that former national security adviser Michael Flynn may have been “compromised” by Russia more than two weeks before Flynn was finally fired in February.

Yates’ striking testimony shed new light on when the White House learned of Flynn’s alleged misconduct and how it handled his ouster. Breaking months of silence, the former Justice Department official, who was fired Jan. 30 after declining to defend President Donald Trump’s travel ban, told the Senate panel that she first met with White House counsel Don McGahn about Flynn on January 26. She said she asked to meet with McGahn because Vice President Mike Pence was making statements about Flynn’s conduct that “just flat [weren’t] true,” and that it “certainly… appears” Flynn had lied to Pence.

Yates said she told McGahn during that meeting at the White House that she approached him because Pence and the American people needed to know that information wasn’t true. “We weren’t the only ones who knew about all of these. The Russians knew what General Flynn had done,” Yates said Monday. “They likely had proof of this information. And that created a compromise situation, a situation where the national security adviser essentially could be blackmailed by the Russians.”

Yates said McGahn asked her that day if Flynn should be fired. Yates told him “we were giving them all this information so they could take action,” she recalled, but that it wasn’t the Justice Department’s call.

According to Yates, McGahn called her back the next day, January 27, to go over more questions about Flynn. In their second meeting, McGahn asked her about a range of topics, including why the Justice Department cared about one Administration official lying to another, whether Flynn could be criminally prosecuted, whether firing him would interfere with an ongoing FBI investigation, and whether she could provide him with underlying evidence about Flynn’s conduct.

Yates said she told the White House counsel that firing Flynn wouldn’t interfere with any investigations and he should take whatever action he deemed appropriate. “It wouldn’t really be fair of us to tell you this and then expect you to sit on your hands,” she said.

Flynn wouldn’t leave his post until February 13, following weeks of crippling leaks about his conduct and his ties to Russia. According to the White House, Trump fired Flynn for misleading Pence about the nature of his contacts with Russian Ambassador to the U.S. Sergey Kislyak. Flynn also failed to list more than $150,000 in 2016 income on his initial personal-financial-disclosure form, including a financial relationship with Russian state-backed outlet RT.

Trump has focused his ire on the leaks about Flynn. “Ask Sally Yates, under oath, if she knows how classified information got into the newspapers soon after she explained it to W.H. Counsel,” the president tweeted Monday morning. (Yates testified that she did not know.)

Taking their cue, Republican members of the Senate panel closed ranks around the President. Texas Sen. Ted Cruz asked questions about Hillary Clinton’s email controversy, Iowa Sen. Chuck Grassley focused on leaks to the media, and South Carolina Sen. Lindsey Graham inquired about the policy of “unmasking” the identities of individuals in the U.S. whose communications are collected incidentally, but who are not themselves targets of electronic surveillance.

These new details confirm that the White House had numerous warnings about Flynn, both before Trump appointed him and during the 24 days he worked in one of the most sensitive roles in the president’s inner circle. “We felt it was important to get this information to to the White House as quickly as possible,” Yates explained. “This was a matter of some urgency.” 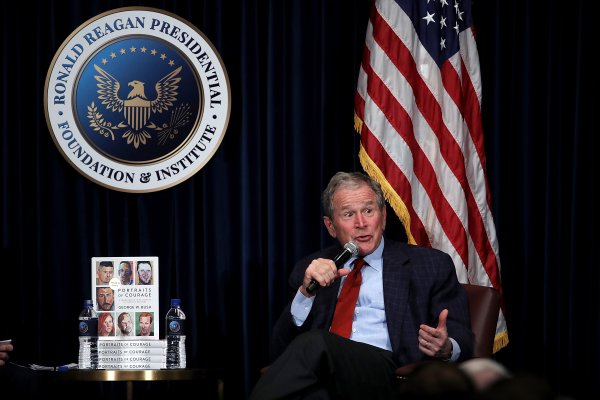