African American residents in Mississippi’s Madison County claim they are subjected to random searches of their homes, cars, and their bodies without warrant and sometimes without any suspicion that a crime was committed, according to a new federal lawsuit.

The American Civil Liberties Union filed the class-action lawsuit on behalf of 10 named plaintiffs, all of whom are black and have fallen victim to the Madison County Sheriff’s Department, the suit alleges.

“I know that every American citizen has rights, but the Madison County police treated us like we didn’t have any rights,” one plaintiff, Quinnetta Manning, told the ACLU. According to the group, police beat Manning’s husband in the couple’s living room when they refused to sign a false witness statement. She says police forced their way into her home, dragged her husband down the stairs in his underwear, and called him “Mr. Cripple” as they attacked him.

Another plaintiff, Herbert Anthony Green, says he has been stopped multiple times during “jump out” stops conducted by the sheriff’s department where officers randomly searched Green and two friends while they were walking down the street. According to the complaint, “when the deputy found some cash in one of Mr. Green’s friend’s pants pocket, the deputy demanded to know how that individual obtained the funds, repeatedly referring to him as a ‘Black dope boy.'” The sheriff’s department is also accused of setting up roadblocks in black neighborhoods, targeting citizens and making arrests.

Madison County is the wealthiest in the state, but the plaintiffs named in the suit allege the roadblocks and stops are concentrated in black areas. The suit alleges black residents in Madison County are five times more likely to arrested than their white counterparts and that while African Americans make up 37% of the population they constitute 73% of the total arrests made by the sheriff’s department between May and October 2016.

“For Black residents, Madison County is a Constitution-free zone where their right to equal protection under the law and against unreasonable searches and seizures is nonexistent,” ACLU of Mississippi’s Executive Director Jennifer Riley Collins said in a press release.

A representative from the Madison County Sheriff’s Department did not immediately respond to TIME requests for comment. 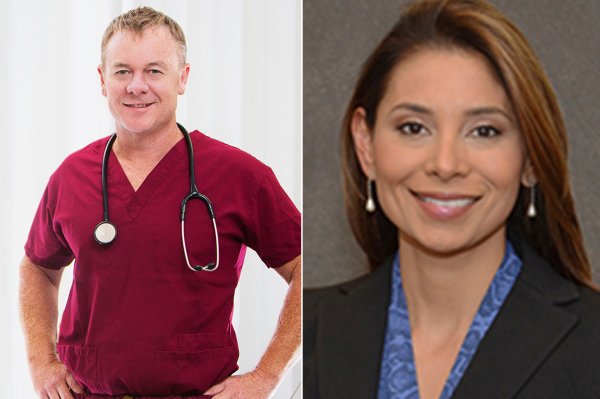 'Gunman in The House': Boston Doctor's Final Text
Next Up: Editor's Pick