Millie Bobby Brown accepts the award for Best Actor in a Show during the 2017 MTV Movie And TV Awards on May 7, 2017 in Los Angeles, California.
Jeff Kravitz—FilmMagic/Getty Images
By Chancellor Agard / Entertainment Weekly

Eleven is officially a lucky number. Stranger Things’ Millie Bobby Brown won the trophy for Best Actor in a Series at the 2017 MTV Movie & TV Awards Sunday evening. She’s the first actress to win the prize because this is the first year it’s being awarded.

“First of all, I want to thank everyone who voted and especially MTV,” said Brown through tears when she took the stage to accept the award. “I want to thank the cast and crew, who have become my family. You guys, I love you.”

Brown concluded by thanking director Shawn Levy — “Everything you’ve taught me, I will carry on for the rest of my career” — and especially the show’s creators, the Duffer brothers, for creating “a badass female iconic character that I’ve got the honor to play.”

Premiering last summer, Stranger Things is a science-fiction series set in the ’80s that stars Brown as Eleven, a socially stunted young girl who gained telekinetic powers from a very questionable governmental research program. Although the buzzy first season ended with her appearing to die in battle against the series’ monster, the executive producers and Brown have confirmed that she will return in the highly anticipated second season; however, her storyline is shrouded in mystery.

“She has a storyline this season for her, and it’s an emotional transition. Last season, I didn’t get to expand [on the character] — this season is giving me that opportunity,” Brown told EW in February.

The 13-year-old star beat out Atlanta‘s Donald Glover, Game of Thrones‘ Emilia Clarke, Jane the Virgin‘s Gina Rodriguez, and This Is Us‘ Mandy Moore. 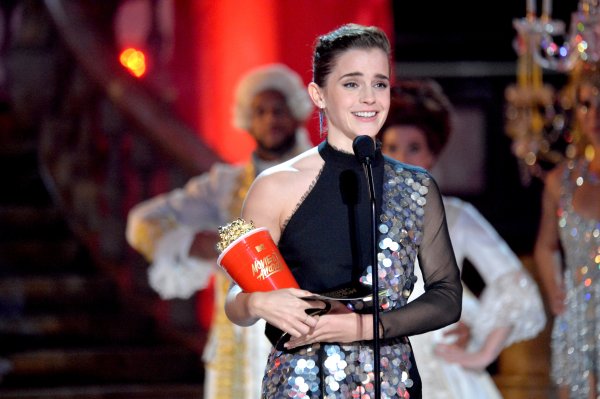