U.S. and Afghan Special Forces Have Killed the Leader of ISIS in Afghanistan

The head of the Islamic State (ISIS) affiliate in Afghanistan was killed following a raid in late April, according to a statement issued by the headquarters of the United States forces in Afghanistan

Abdul Hasib, who orchestrated a series of massacres in the Afghanistan—including an April attack that left around 100 people dead at the main Afghan Army hospital in Kabul—was killed on April 27 by Afghan special forces and U.S. troops, the statement said.

The operation took place near the Pakistan border in Afghanistan’s eastern Nangarhar Province. The U.S. military said up to 35 other militants died in the assault.

Around 50 U.S. Army Rangers participated in the operation that killed Hasib, the Pentagon said, with 40 Afghan troops involved. Two U.S. Rangers, Sgt. Joshua Rodgers and Sgt. Cameron Thomas, were killed during the raid—possibly by friendly fire, according to a statement from U.S. Central Command.

Hasib is the second leader of Islamic State in Afghanistan to die in less than a year. In August, the U.S. confirmed the faction’s former leader Hafiz Saeed Khan had been killed in an American airstrike the previous month. 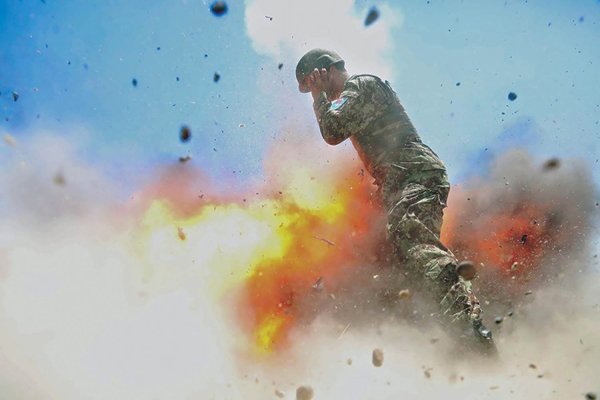 The Story Behind an Army Combat Photographer's Final Picture
Next Up: Editor's Pick