In Prey, a marathon tour of an habitat in orbit above Earth overrun by guileful nightmares for PC, PlayStation 4 and Xbox One, players accumulate a wealth of oddities. Guns, naturally, but also a wrench with twining caduceus-like handle, character sheets for a roleplaying game, snips of Tang poetry, joke food, tomes on noetic metaphysics and control theory, cubes of exotic matter that morph into magic money, and a pistol-sized delivery system for the sort of power fantasies the Wachowskis popularized when they had Keanu Reeves mouth “I know Kung fu.”

Odd-seeming gets you so far, of course. The wrench is still a low rent bludgeon. Books and notes serve an all-too-familiar breadcrumb narrative. The skill tree is still a cost-benefit wrangle, the abilities it unlocks analogous to fight or flight tropes seen a gazillion times before. Playing as you like, be it hurling found objects at enemies or laying environmental traps, still depends on overrepresentation of stuff like explosive canisters and absurdly exposed oxygen piping.

The levers haven’t much changed, in other words, though Prey‘s can still be satisfying to pull.

Like its inspirations (the run of “Shock” games from 1994’s “System” to 2013’s BioShock Infinite), Prey leverages downtempo cycles of solitary detective work against frenzied skirmishes with aliens that look like electrified Rorschach blots. The story emerges piecemeal through emails, sticky notes and snips of audio with a few solid if unexceptional twists. Scientific or supernatural abilities diverge along level-up paths that unlock different styles of play expressed in combat flexibility and flexible space station access. The station itself is both enchanting and ghastly, an inside-out visitable continuum of mystery and misery. A derivative yarn about an amnesiac wrestling with mad science’s roosting chickens thus becomes as much about indulging in Arkane Studios’s lavish world-building as decoding it.

Pull back and corridors become a lattice of Logan’s Run-like habitations connected by walkways, flickering maintenance tunnels, airlocks and zero-gravity zones. The view from outside is spectacular, as is the sense of being able to go anywhere once the training wheels come off. Though it’s not billed it as such, Prey is plausibly open-world-ish, its slowly unlocked and necessarily re-visitable lengths only limited by the logical constraints of an orbital superstructure.

It’s when you stop looking and start doing that Prey alternates between the predictable and tedious, prodding players along with the same goads BioShock did a decade ago. Mysterious entities stalk your radio comms, like angels or devils opining on your shoulders. The game has far too many “find the access key” sequences, with or without its alternatives for circumvention. And enemies that initially seem promising — in their initial spider-like form, they can pass themselves off as mundane objects, making no space safe — become bog-standard down the line, their tactical one-dimensionality masked by swollen reservoirs of hit points. Too much of combat becomes chiseling away at enemy health bars while performing the outmoded ritual of “save-try-die-load-repeat.”

The game’s smartest idea has players converting garbage found in desk drawers or adorning tableaus into money you can spend to fabricate supplies. Every last quotidian thing in Prey, from crumpled paper balls and plastic tubing to bags of biohazard waste and tumorous clumps, can be transformed by way of recycling units scattered throughout the station. Unload your haul, push a button, and out pop stackable cubes of matter that fund the creation of less common items vital to completing the journey. This makes you want to take Prey slow, poring over areas to gather and schlep their trickle of supplies, all the while unearthing otherwise missable clues about what’s going on, and why.

If you’re in the mood for a corridor crawl modeled after the Dishonored series’ “one problem, multiple solutions” approach, Prey has plenty to offer. Its pedigree is clear, an homage to design DNA you can trace back to Looking Glass Studios 1990s “Thief” and “Shock” games. There’s no shame in iteration, and Prey does nothing worse than its precursors. The only question, given how familiar most of its ideas feel in 2017, is whether homage is enough. 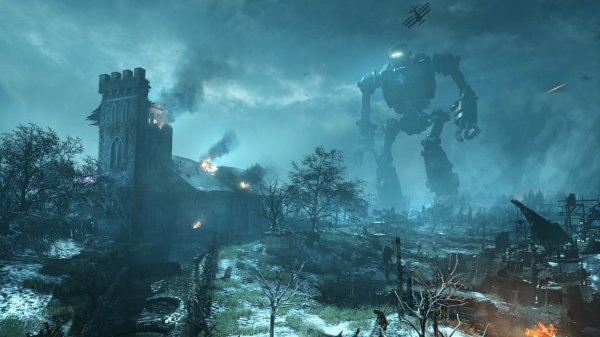 'Call of Duty: Black Ops III' Is Getting a Pricey Zombies Pack
Next Up: Editor's Pick