Adolph Kiefer, the 1936 gold medalist who was America’s oldest-living Olympic champion, has died at the age of 98, the US Olympic committee said.

“A man larger than life, Adolph had such a huge passion and joy for swimming. He has touched many in this industry and paved the way for future athletes with his historic swimming career,” a statement by Kiefer’s swimwear company said.

Kiefer had been suffering from neuropathy in his legs and hands, confining him to a wheelchair in his later years, but he still managed to enjoy daily swims and walk in chest-deep water, an obituary by Team USA said.

Kiefer’s career started when he became the first man to break the one-minute mark in the 100-yard backstroke at the age of 16. He went on to compete at the 1936 Olympic Games in Berlin just a year later as the youngest member of the U.S. Olympic team and won the 100-meter backstroke, setting an Olympic record in the final that would stand for 20 years.

In total, Kiefer would break 23 records — including every national and world backstroke record — and lost just twice over 2,000 career races.

Following his career as an athlete, Kiefer established his company, Adolf Kiefer & Associates, and became an advocate for Swim Across America, a nonprofit that raises money for cancer research.

“There will never be another like Adolph Kiefer,” Bruce Wigo, President of the International Swimming Hall of Fame, said in Kiefer’s obituary. “Not only was he a great swimmer and businessman, but he was a great human being, husband and father whose memory will live on as a model and inspiration for future generations of swimmers and non-swimmers alike.” 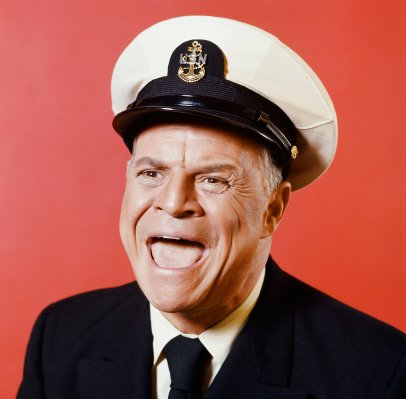 Don Rickles
Next Up: Editor's Pick