Creators of Lost, Fargo, The Sopranos and Other Shows on How Twin Peaks Influenced Them

Television history is divided into two eras: before Twin Peaks and after. In 1990, David Lynch and Mark Frost managed to create a surreal show built on a scaffolding of impending dread, dream logic and bizarre aesthetics. It was like nothing that came before it and inspired a generation of showrunners to push the boundaries of TV.

Twenty-five years after Peaks ended, Showtime is reviving the series beginning May 21. TIME talked to the creators of some of TV’s biggest shows—Damon Lindelof (Lost and The Leftovers), David Chase (The Sopranos), Noah Hawley (Fargo and Legion), Kerry Ehrin (Bates Motel), Carlton Cuse (Lost, Bates Motel) and Jane Campion (Top of the Lake)—to ask how the two seasons of Twin Peaks and David Lynch influenced their own work.

MORE: Everything We Know About the Return of Twin Peaks

Justin Theroux in The Leftovers
HBO

Damon Lindelof, Lost and The Leftovers

There is no show in television history that had more impact on me than Twin Peaks. My father and I would record episodes and re-watch them multiple times, pausing for conversation and debate over Agent Cooper’s throwing technique as he hurled rocks at a glass bottle in order to rule out suspects. I was seventeen when season one aired, and while most of my peers were obsessed with “sports” and “having fun,” I was blathering on about the Black Lodge.

This, of course, led me to be labeled as somewhat of a weirdo, a designation I take great pride in. The resulting banishment from teen society left me ample free time to begin writing stories myself. It goes without being said that my love for exploring mystery, and more importantly, the ambiguity surrounding it, was borne of that quiet, creepy logging town, and I literally cannot wait to revisit it.

If you look at TV drama since its inception, shows would tell the audience what they were going to see, show it to them and then tell them what they’ve seen. Nobody was ever puzzled by what was going on. With Twin Peaks, Lynch and Frost show it to you and leave you thinking, “What did I just see?” That was revolutionary, and it still is.

Everything was mysterious. I don’t mean, “When did the perp killed the vic?” I mean the weather, the trees, the donuts. The dream sequences were more nightmare-like than anything I’d seen before—Fellini, Hitchcock, you name it. Lynch dug them up from the bottom of his unconscious. To articulate something that’s so strange yet feels so familiar is incredible, especially in a factory setting like a TV series where you have to do one after another, boom, boom, boom. I was just beguiled by it.

As a friend of mine said the other day: Anybody making one-hour drama today who says he wasn’t influenced by David Lynch is lying.

Twin Peaks married the mundane and the odd. I don’t think an audience had ever seen that happy people and misery coexist together to create something really unsettling—creepy people smiling too much. And the music played a big part. That boomy acoustic guitar rift never shifted, no matter how terrifying or funny a scene was.

I looked a lot at David Lynch’s work in thinking about Legion and this idea of “the uncanny.” And in Twin Peaks not every image has to be tied to information. Rather, it creates an experience. So much of storytelling is information delivery, but Twin Peaks created a mood with imagery that didn’t always make sense. The first reveal of BOB is totally visual. BOB comes out of nowhere, raises a hair on your neck, and then disappears, and you wonder if it’s even real. Lynch understands the power of image.

Twin Peaks, to date, is the most magical show I ever watched and it affected me deeply, as a viewer and as a creator. It’s completely original tone was mother’s milk to my brain. I would anticipate each episode with the physical excitement of a kid waiting for Santa to show up with a bag full of wonders.

Sometimes art tickles your fancy and other times it slaps you in the face. The pilot of Twin Peaks mesmerized me and left me reeling. In a single stroke of genius Mark Frost and David Lynch advanced the storytelling art of television by a mile. The full sensory experience of that pilot—images, sounds, music and the completely strange and yet utterly compelling characters—it was unlike anything I’d ever seen.

The purposeful ambiguity kept my brain churning, well, forever, so far. All throughout the writing of six years of Lost and five years of Bates Motel, Twin Peaks was there, in the back of my mind. And I don’t think it’s going away anytime soon.

Jane Campion, Top of the Lake

When I first saw David Lynch’s Eraserhead I felt a dormant part of my brain had been excavated. I had never seen imagery like Lynch’s yet I understood it instantly. It had a dreamlike narrative logic, hectic and unbounded. The mood was dark, awry, emotional–this for me was the language of the subconscious and I realized I instinctively knew it.

The details in Lynch’s work are stunning, by equal measure seductive, extraordinary and disturbing. The dog in the awkward family living room with the guzzling puppies, the salad tossed using grandmother’s limp hands, the chicken legs moving blowing big gravy bubbles. The extreme imagery of this film and others, ejected heads, extreme violence and sexual perversion, was, he quietly suggested, inside all of us.

David is without parallel in our generation, unique, disturbing, brilliant, homey and very often darkly funny, even hilarious. He is also the single most liberating inspiration of my creative life, a genius apostle of the subconscious. 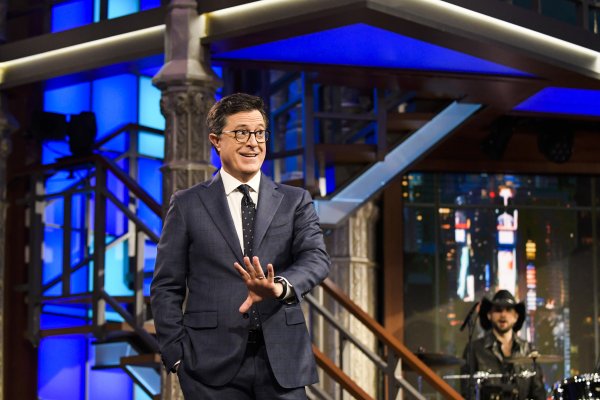