Woman Swallows More Than $7,000 to Keep Cash From Husband

A Colombian woman who reportedly swallowed more than $7,000 during an argument with her husband had $5,700 in U.S. $100 bills removed from her stomach in surgery.

The woman into the Hospital Universitario de Santander in Bucaramanga complaining of severe stomach pain before telling doctors that she had swallowed between $7,000 and $9,000 to keep her husband from getting his hands on the cash, according to UPI.

She said she had been saving the money — which she had earned by selling household electronics — for a vacation to Panama, but had swallowed it after getting in a dispute with her husband over the funds.

“Fifty-seven 100-dollar bills were found and extracted by the orifice opened in the stomach in the gastronomy, through which some extra rolls (of money) were found in the intestine, which advanced to the colon, the lower part of the intestine, in order to be evacuated by normal means through the patient’s intestinal movements,” Chief of Surgery Dr. Juan Pablo Serrano told Global News.

Serrano added that the unwrapped rolls indicated the woman wasn’t attempting to smuggle the money illegally. “She ate rolls of bills, they were not wrapped up for any form of illicit transport,” he explained. “It seems it was an act of desperation by this woman, due to the problem she was facing.” 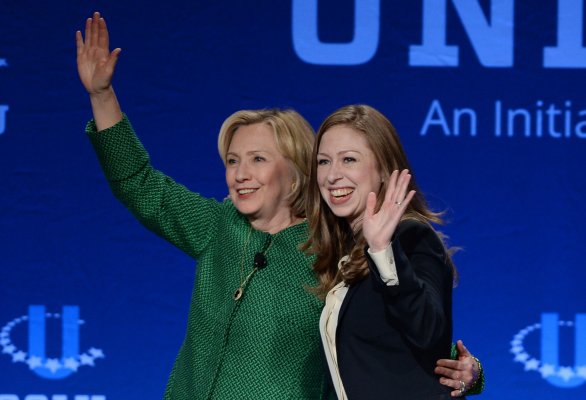 This Guy Who Got Hillary Clinton Chelsea Clinton Tattoos Wants One of Bill Now
Next Up: Editor's Pick