Chelsea Manning, an Army soldier convicted of leaking a trove of secret U.S. documents, was released from prison Wednesday morning, about four months after former President Obama drastically shortened her sentence just before he left office.

The former intelligence analyst was convicted of espionage after admitting to illegally sending hundreds of thousands of classified documents to WikiLeaks. She received a 35-year prison sentence in 2013 and came out as a transgender woman shortly afterward.

Manning left the Fort Leavenworth military prison in Kansas, according to the Associated Press. She had been counting down the days until her freedom after serving seven years behind bars, where she has twice attempted suicide. “For the first time, I can see a future for myself as Chelsea,” she wrote in a statement ahead of her release. “I can imagine surviving and living as the person who I am and can finally be in the outside world.”

Here’s what you need to know about the whistleblower’s saga:

Chelsea Manning was an intelligence analyst for the U.S. Army when she disclosed more than 700,000 confidential military and diplomatic documents while serving in Iraq in 2010, according to the Associated Press.

The Oklahoma-born Manning wrote in an op-ed published by the New York Times in 2014 that her decision to do so stemmed from a “love” for her country and a “sense of duty to others.” Manning said she was trying to offer more transparency about America’s involvement with Iraq, particularly in regards to the country’s elections. She said media reports painted a picture at odds with reality due to limits the U.S. placed on American journalists.

Manning joined the Army in 2007 and was deployed to Iraq about two years later.

What happened after the leak?

Manning was arrested in 2010 and admitted her actions were illegal. She was convicted and sentenced in 2013 for Espionage Act violations and other offenses related to the massive leak, according to the AP. That year, she came out as a transgender woman at a men’s prison at Fort Leavenworth, Kans.

She sued the Department of Defense in 2014, with help from the American Civil Liberties Union (ACLU), claiming the federal agency was refusing to give her medical treatment for her gender dysphoria. Manning said the lack of care drove her to try to commit suicide at least twice and prompted her to go on a hunger strike. The Department of Defense granted Manning hormone treatment in 2015, the AP reports. Last September, Manning said the military told her it would be “moving forward” with honoring her request for gender reassignment surgery, allowing her to see a surgeon. Manning tried to commit suicide a month later while in solitary confinement, a punishment imposed after her first suicide attempt in July, according to the Times.

Why is she being released early?

The 29-year-old Manning gets to leave prison almost three decades before her sentence is up because Obama in January commuted her sentence to end on May 17. More than 100,000 people had called for the presidential commutation in a White House online petition.

Manning had also pleaded for leniency from Obama, writing in a Medium post last year that she was “merely asking for a first chance to live my life outside the [prison] as the person I was born to be.”

Manning’s attorney at the ACLU said Obama’s decision “no doubt” saved Manning’s life. Delays in her treatment “were breaking her, and they likely would have killed her,” Chase Strangio, an attorney with the ACLU’s LGBT & AIDS Project, said in a statement. “Instead of certain death, it will be a chance at life,” Strangio said.

While her conviction is being appealed, Manning will remain on active duty after her release — which makes her eligible for health coverage, but not pay, Army spokesman Dave Foster told USA Today.

Manning has become an advocate for free speech, transparency and LGBT rights. In an Amnesty International podcast — written by Manning but voiced by transgender actor Michelle Hendley — Manning expressed hope of one day being able to help others like herself outside of prison.

“I feel like I’ve been stored away for all this time without a voice,” she said in the message. “I feel like there’s so much of a contribution to society that I could be making. I spend every day looking forward to the hope that one day I can give that a go.”

Manning has appeared to be in good spirits while anticipating a return to normalcy. “The nightmare will end, soon,” she tweeted last month. “Never stop dreaming.” 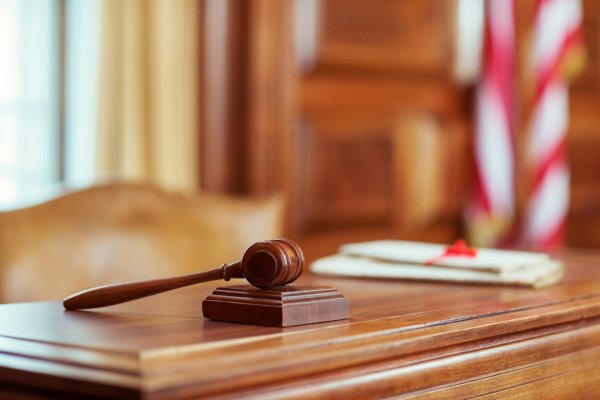 Teen Died After Drinking Too Much Caffeine, Says Coroner
Next Up: Editor's Pick