China’s Answer to Boeing and Airbus Takes Its First Flight

China’s answer to Boeing and Airbus flew for the first time Friday in Shanghai, an achievement that shows both how far the country has come and how far it still remains from building a competitive airliner.

State press treated the takeoff of the C919 from Shanghai’s Pudong airport this afternoon like the U.S. did space launches in the 1960s. Coverage of the flight led CCTV all afternoon. A live cam was broadcast from the C919’s cockpit. Top Party officials attended the takeoff, in what was billed as seminal achievement in China’s ambitions to build technically sophisticated goods for itself and the world. The plane landed safely after flying for 80 minutes.

The question on the minds of most consultants and airline executives wasn’t whether the Chinese would ever get the C919 airborne after it was announced in 2008—but whether anyone other than state-owned Chinese airlines would want to buy the plane once it did.

The Commercial Aircraft Corporation of China, or Comac, began in 2008 when the government combined several aviation companies from China’s previous failure to build a commercial jetliner. The goal was to disrupt Boeing and Airbus’s dominance in the Chinese market—where they control 95% of airline sales—and someday, compete on the global scale. But even Comac workers conceded in conversations with Fortune that their first plane, the C919, wouldn’t do that.

“Comac is young and our capabilities are weak,” Comac chairman Jin Zhuanglong told Fortune three years ago as Comac was still designing the plane.

The C919 is a collection of parts supplied by the same companies that supplied the Boeing Dreamliner. But they held back their best technology from Comac after being forced into Chinese joint ventures and wanting to protect their intellectual property, several analysts say.

Whether they admit to it or not, suppliers aren’t passing along the latest and greatest parts, Teal Group analyst Richard Aboulafia says. Take the engine, produced by a GE joint venture with France’s Safran called CFM. It was not forecast to be better than the competition three years ago, let alone when the C919 finally begins commercial flight, which could still be two to three years away.

That means the 158-seat narrow-body twin-engine C919 is likely to be heavier than a comparable Boeing or Airbus; less efficient; and less trusted than the planes from either established company.

Because China’s state-owned airlines don’t have a choice in the matter of ordering from Comac, the plane will at least operate in Chinese airspace. Comac says there are already nearly 600 potential orders, but the weaker efficiency of the planes puts the government in a bind of supporting either the homegrown airplane maker or the homegrown airlines.

The attention now turns to whether in the next decade or two, China and Comac can improve its airliners the way Brazil’s Embraer did in the 1990s to become a global player. Comac has already discussed 929 and 939 programs.

And there will be plenty of demand in China to burnish further advances. Boeing anticipates the country will need $1 trillion worth of planes— more than 6,800 of them—in the twenty years through 2036. 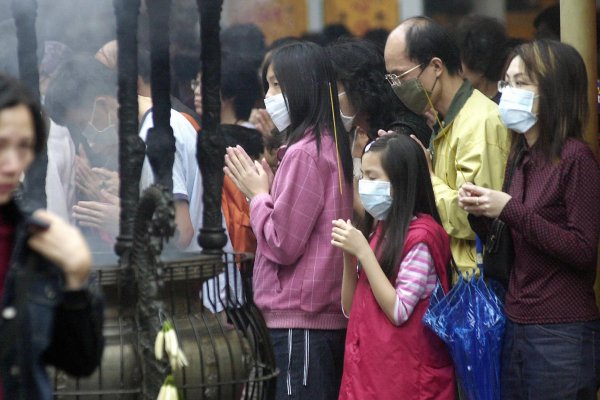