Two college students in Kentucky thought they could cheat the system by breaking into a statistics professor’s office via the ceiling ducts and make off unscathed with an exam paper.

To their surprise (and undoing) instructor John Cain at the University of Kentucky returned to his office after midnight on Wednesday, and caught them red handed, the Lexington Herald-Leader reports.

When he found his office door blocked, Cain “yelled out that he was calling the police and then the door swung open and two young men ran down the hallway,” university spokesperson Jay Blanton told the paper.

One of the students returned to the scene and confessed to campus police shortly afterwards. Henry Lynch, 21, had reportedly climbed through the building’s air ducts into Cain’s office, before letting in a friend.

Lynch told police that he had entered the office once before that day without finding what he wanted, and had successfully snatched a paper earlier in the semester.

Both students will be referred to a local Circuit Court on third degree burglary charges. 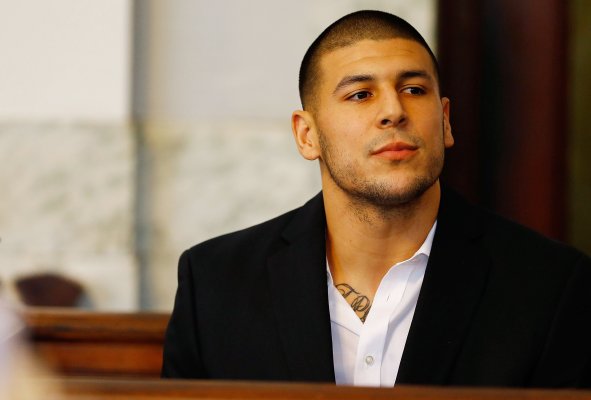 Aaron Hernandez Wrote John 3:16 in Blood on His Cell Wall Before Suicide, Police Say
Next Up: Editor's Pick