(L to R) Tracy-Ann Oberman, Noma Dumezweni, winner of the Best Actress in a Supporting Role for "Harry Potter And The Cursed Child", Anthony Boyle, winner of the Best Actor in a Supporting Role award for "Harry Potter And The Cursed Child", and Amanda Holden pose in the winners room at The Olivier Awards 2017 at Royal Albert Hall on April 9, 2017 in London.
David M. Benett—Dave Benett/Getty Images
By Abigail Abrams

American Harry Potter fans — or NoMajs, as non-magical North Americans are called in J.K. Rowling’s fictional universe — can finally rejoice: the hit play Harry Potter and the Cursed Child has an official opening date on Broadway.

The play, which takes place two decades after the end of the Harry Potter series, will open in New York on April 22, 2018, according to the New York Times. It is based on an original story by Rowling, Jack Thorne and John Tiffany. The production has been extremely popular during its run in London and just last month it took home a record-breaking nine honors at the Olivier Awards.

Like its London counterpart, the U.S. production will be shown in two parts, which audiences can watch in one marathon viewing or see over two separate days. Casting has not been finalized, according to the Times, but Tiffany will stay on to direct the U.S. version.

When the cast for the London play was initially announced, some people criticized the choice of British actress Noma Dumezweni, who is black, to play Hermione. But Rowling hit back and said endorsed the decision.

Tickets for the Broadway show go on sale this fall, and they are likely to become hot commodities. Despite the fact that Rowling’s original series ended years ago, there has been lots of Potter buzz lately, particularly when Jude Law was picked to play a young Albus Dumbledor in the The Fantastic Beasts and Where to Find Them sequels. 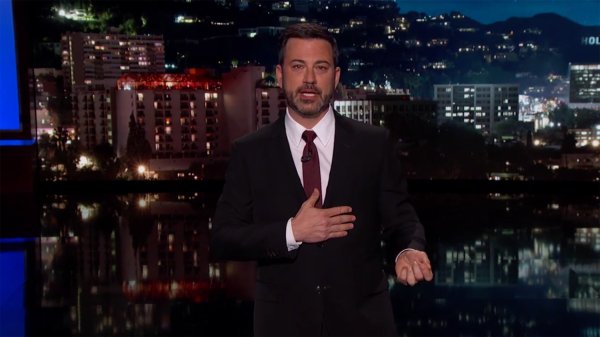 Hospital Where Jimmy Kimmel's Son Had Open-Heart Surgery Sees Spike in Donations
Next Up: Editor's Pick