House Speaker Paul Ryan walks to the House chamber ahead of a budget vote on Capitol Hill May 3, 2017 in Washington, DC. Vice President Pence met with House Republicans to lobby for health care legislation, as the House passed a spending bill to keep the government running.
Eric Thayer—Getty Images
By Melissa Chan

Republican leaders, including President Donald Trump, celebrated yesterday after the House of Representatives voted to pass the American Health Care Act. The health care bill — which the GOP hopes will repeal and replace Obamacare — now goes to the Senate, where its fate is uncertain. Here’s what happens next.

Emmanuel Macron and Marine Le Pen have one more day to campaign in France before facing off in a runoff presidential election Sunday. The election comes after a contentious battle between the vastly different hopefuls. Macron is a centrist former economy minister — who just won the endorsement of former U.S. President Barack Obama — and Le Pen is of the far-right National Front.

Many Americans will mark Cinco de Mayo today by indulging in Mexican cuisine and spirits. But the May 5 event is meant to commemorate the Mexican army’s victory over France in the 1862 Battle of Puebla. While the first celebrations took place in the U.S., they were less food-focused. Here’s the historically accurate way to celebrate the holiday.

The House of Representatives voted to impose new sanctions on North Korea.

Trump will visit Saudi Arabia, Israel and the Vatican during his first foreign trip as president.

More Americans have cell phones than landlines for the first time, a new government study has found.

The Kentucky Derby takes place tomorrow. Here’s what you need to know about the annual horse race. 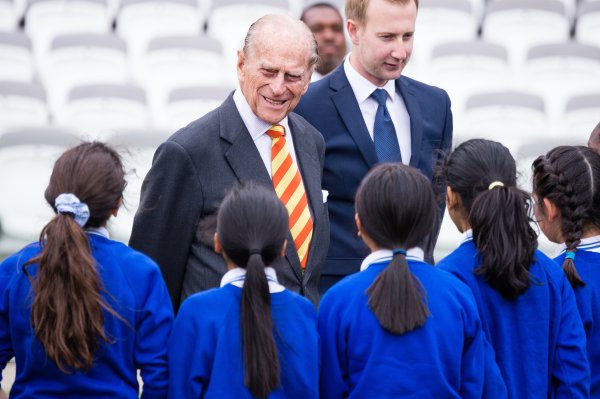