Student protesters set up a picket line at the Sather Gate entrance to the University of California in Berkeley, at the intersection of Telegraph Avenue and Bancroft Way, in 1969.
Garth Eliassen—Getty Images
By Andrea S. Johnson / History News Network

Within the recent debate over the restrictions on high profile conservative speakers at the University of California at Berkeley, there has been much hand wringing about the death of free speech. Some have fond memories of the days of the Free Speech Movement (FSM) themselves; others remember the images of the era now frequently found in books and documentaries. The most famous of these occurred as a string of students in 1964 spent 32 hours giving speeches from the roof of a police car in an effort to prevent fellow student Jack Weinberg from being taken to jail. Berkeley is aware of this nostalgia and contributes to the development of this particular historical memory. The FSM is featured in promotional materials, such as in the Student Life section of the History and discoveries time-line found on the Cal website, and there is even a Free Speech Movement Café at the Moffitt Library on campus.

Of course one of the problems with historical memory is that it can result in a kind of tunnel vision, in which events are often divorced from their particular time and place. The Free Speech Café for example is paneled with blown-up black and white photos from 1964 events, but the history is not necessarily the focus. Rather, students are invited to think about contemporary issues through events series and bulletin boards. Occasionally the 1960s comes back through a book talk, but for the most part, students munch on their sustainable foods, glance at the photos, and learn that Berkeley is place of activism without ever having to think about what this activism meant to the people of the 1960s. However, students are not the only ones with this memory problem. It has become convenient to think about Berkeley as a place of activism without thinking about the context in which that activism was born. It is our longing for a Berkeley that we misremember that leads to our current distress.

The FSM was not an isolated product of Berkeley liberalism. It was partially a product of students who grew up hearing about and had sometimes themselves participated in the nonviolent civil rights movement of the South. A freshman on campus in the fall of 1964 would have been in elementary school during the 1955 Montgomery Bus Boycott and just about to begin their senior year of high school when the March on Washington occurred. A junior or senior on campus might have been to Mississippi to organize voter education programs the summer before. The FSM’s relatively peaceful reaction to heavy-handed restrictions on their traditional free speech zone were the result of nearly a decade of non-violent direct action modeled by the civil rights movement. This of course is easily lost if all one has are the campus protest photographs; most of the participants are white, and the pictures are of events on campus, meaning that the modern viewer can easily miss the broader connections to nonviolent protest which was key to Cold War social change. Those who value the FSM now, may not value nonviolence as a form of protest in the same way.

The FSM was also the product of a town-gown conflict, as community leaders worked with the university to reign in the students who expressed growing concerns about civil rights problems in the Bay Area. Although the students of 1964 understood the forces behind the new speech restrictions, this too is lost in the black and white photographs that focus on the students and rarely show figures of opposition. Indeed the lone figure of opposition in the Weinberg photo is one somewhat bored looking policeman. It becomes easy for us now to forget that many of the key leaders of the university and the citizens of the town were fiercely opposed to the FSM. Indeed, Berkeley has long history of free speech debate, and has become something of a mini-stage upon which we see played out our historical first amendment dramas.

Take for example the World War I era conflicts over pacifism. In 1914, Joshua Sykes, an errant Baptist preacher whose congregation had adopted some of the new Pentecostal practices, had become a nuisance to Los Angeles officials. He and his congregation fled north and settled in the Bay Area, moving between Emeryville, Oakland, and Berkeley. He arrived just as the region was caught up in the preparedness debates. Union types typically opposed the development of war industries, believing that only corporations would benefit; while the newly opening shipyards in the East Bay thrived on such expansion. Sykes, whose congregation apparently contained many of German ancestry, opposed the war, preferring to see himself as a citizen of heaven, rather than of the nation, something that led townspeople to suspect him of disloyalty as America joined the war in 1917. In 1918, he refused to display an American flag outside of his tent church, much to the chagrin of the local neighborhood, who dragged him out of his church and down to the police station where he was told to display a flag. Much of what happened next is recorded in the pages of the Oakland Tribune and the Berkeley Daily Gazette from April 1918. When Sykes refused again to display a flag, a mob staged a series of attacks on the tent structure, throwing members into a baptistery when they would not sing the national anthem, and burned the church to the ground.

This incident is of course interesting, but more significant was the composition of the mob. Reporters from the Berkeley Daily Gazette noted that the mob on the first night of the attack was comprised of boys between the ages of 10 and 20. These boys were among a crowd estimated to be 1,200 and 10,000 strong in subsequent attacks. Sykes, who was facing criminal charges for his anti-war statements, hired renowned attorney Theodore Bell. Bell told reporters that the attack was the fault of college and high school students who had been organized by police chief August Vollmer.

By the end of his life, Vollmer would be internationally recognized for modernizing police work, but in the 1910s, he was only beginning to build his force. By the time Sykes moved to town however, Vollmer had organized males into squads that supported his department. Older men were often part of a Citizens Police, while younger men joined the Junior Police and were assigned the task of hunting down the seditious in the town. Vollmer had also developed a relationship with the university that led in 1916 to the formation of a criminology department on campus. Whether or not Bell is correct in his claims that Vollmer created the mob, Vollmer’s extensive organization of males in the town certainly made such “citizen policing” behaviors possible.

The story of Berkeley’s WWI era speech suppression is not hard to uncover, even if it has been forgotten. Sykes’s every move was detailed in East Bay papers until he and a large part of his church fled to Colorado. The Bancroft Library at Berkeley holds several collections on the life of August Vollmer, including some of his correspondence, photographs, and an extensive collection of oral histories about his life taken from colleagues and friends. Attempts to moderate citizen behavior are evident there. He is also featured prominently on the Berkeley Police Department’s home page. Students at Berkeley may have originated the Free Speech Movement, but residents and students of the same town had, only 50 years prior, made an effort to control speech with which they disagreed, and it should come as no surprise that nearly 100 years after a mob torched Sykes’s tent church we are still debating who is allowed to speak in Berkeley. When looked at through a wider historical lens, the current struggle over free speech in Berkeley is part of a larger pattern of first amendment conflict in the region and less of an anomaly. Free speech is not dying in Berkeley; it simply never existed in the form we imagined.

Andrea S. Johnson is an assistant professor of history at California State University, Dominguez Hills who specializes in the history of the intersection of religion and social movements. She discovered the other side of Berkeley free speech when conducting research on Joshua Sykes, published in Pneuma in 2016. 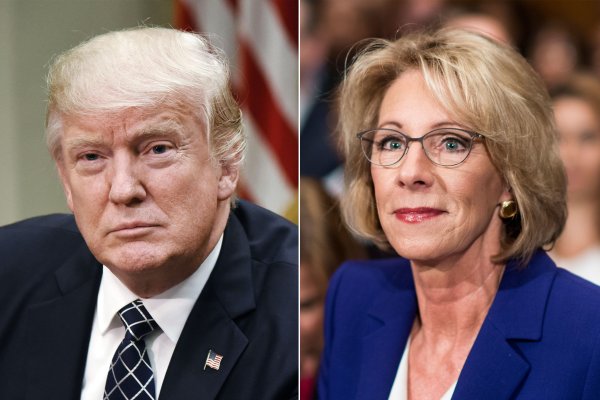