5 Quotes Haunting Republicans as They Vote on Health Care

Paul Ryan answers questions at a press conference at the U.S. Capitol after President Trump's healthcare bill was pulled from the floor of the House of Representatives, on March 24, 2017 in Washington, DC.
Win McNamee—Getty Images
By Alana Abramson

House Republicans weren’t just critical of the Affordable Care Act, they were critical of how it was passed, arguing it was rushed through Congress and poorly understood by lawmakers and the public.

Seven years later, as they voted on a bill to repeal major chunks of the law and replace it with their own alternative, their criticism came back to haunt them.

In an effort to get the bill past a divided Republican conference, House Speaker Paul Ryan chose to hold a vote before the Congressional Budget Office could determine how much it would cost or how many people it would insure. Some House members said Thursday before the vote that they had yet to see the text.

Below are five quotes about the process of passing the Affordable Care Act haunting Republicans today.

This is what House Republicans tweeted on March 18, 2010, three days before the House passed the bill. House Democrats, like Republicans, had considered a version of Obamacare without a CBO score, but not the final passage that was voted on in the House and ultimately advanced to the Senate. The CBO came out with their assessment that day, and the House passed the bill on March 21, 2010.

Now, it is Minority Leader Nancy Pelosi who is asking Republicans to wait for the CBO report before a vote.

“The GOP legislation will have life or death consequences for tens of millions of families across America, and extraordinary impacts on state and federal budgets long into the future,” she wrote in a letter to Ryan March 7. “Members must not be asked to vote on this legislation before the CBO and Joint Committee on Taxation have answered the following questions about your legislation in 2018 and 2019, over the 10-year budget window, and in the decade after.”

In an interview with MSNBC in the summer of 2009, Ryan argued that the healthcare bill was moving too quickly through Congress without an adequate CBO estimate and a full understanding of the legislation. “If you rush this through before anyone even knows what it is, thats not good democracy,” he explained.

“Congress is moving fast to rush through a health care overhaul that lacks a key ingredient: the full participation of you, the American people.” — Paul Ryan, July 18, 2009

As Ryan argued in an op-ed in the Milwaukee Journal Sentinel in the summer of 2009, the American people can’t fully support a bill if they don’t know its contents and costs. “The more Americans learn the details of what is being rushed through Congress, the more folks will be looking for alternatives,” he explained.

Ryan’s argument aligns with one of the principles the GOP laid out in their “A Pledge to America,” the tasks they promised to accomplish if they took back Congress in 2010: legislative transparency. “We will give all Representatives and citizens at least three days to read the bill before a vote,” the GOP wrote.

But the full scope of the bill is unclear, even to some members of the House.

“It’s been a truncated process. I think its not what a lot of us would have liked to have seen from the standpoint of a more robust debate,” Rep. Mark Sanford told CNN, acknowledging that he wished House leadership would slow the passage.

“We shouldn’t rush this thing through just to rush it through for some artificial deadline. Lets get this thing done right.” — Paul Ryan, July 2009

“Congress and the White House have focused their public efforts on platitudes and press conferences, while the substance and the details have remained behind closed doors.” — Paul Ryan, July 2009

Ryan also argued in 2009 that if a healthcare bill was to pass, transparency, which he said Democrats weren’t engaging in, was crucial.

But this time, most of the details have been hashed out behind closed doors to ensure the support of the conservative Freedom Caucus, many of whom refused to back the bill in March. Rep. Tom MacArthur and the Freedom Caucus, for instance, negotiated the MacArthur amendment, which allows states to opt out of protections for preexisting conditions and convinced nearly 40 members of the Freedom Caucus to support the legislation, during the April recess. 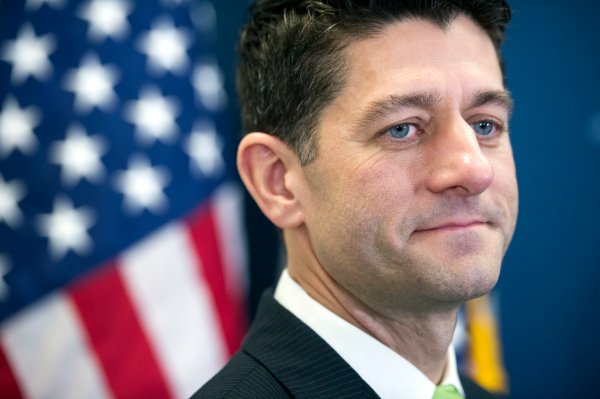