President Barack Obama smiles as during a meeting in the Oval Office at the White House on Feb. 11, 2014, in Washington, DC.
Pool/Getty Images
By Madeline Farber

If former President Barack Obama were French, you would find him casting a vote for France’s Emmanuel Macron this weekend.

Obama endorsed the centrist French presidential candidate in a video post Thursday, just days before Macron is set to face off against his far-right contender, Marine Le Pen, for the final time Sunday.

“I’m not planning to get involved in many elections now that I don’t have to run for office again, but the French election is very important to the future of France and the values that we care so much about,” Obama said in a web video tweeted by Macron.

“[Macron] has stood up for liberal values,” Obama continued. “He put forward a vision for the important role that France plays in Europe and around the world. He appeals to people’s hopes and not their fears. I know that you face many challenges, and I want all of my friends in France to know how much I am rooting for your success.”

The two French candidates are deeply divided on key political issues, including immigration, the economy, the European Union and religion.

Le Pen has deeply criticized France’s involvement in the European Union, for example, and wants to restrict immigration. Macron, on the other hand, is a centrist independent who wants a more integrated EU, and is open to immigration.

Macron was in the lead after the first round of voting, sliding just past Le Pen with 23% of votes, compared to her 21%. 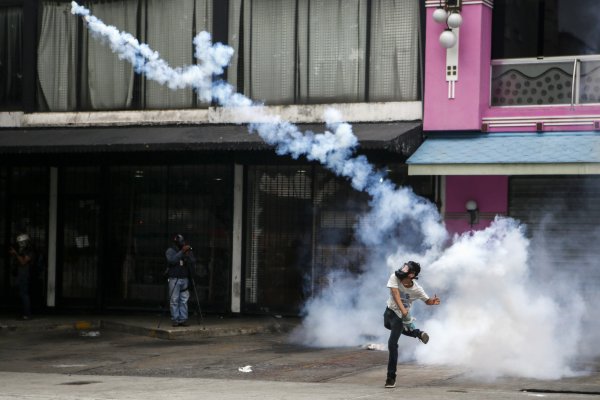 Venezuela Nears a Tipping Point, and a Violent Endgame
Next Up: Editor's Pick