The Republicans’ proposed health care bill, which the House approved on Thursday, could make it more difficult for women to get low-cost health insurance by allowing states to again define sexual assault, domestic violence and C-sections as “pre-existing conditions.”

In 2008, the National Women’s Law Center issued a report, “Nowhere to Turn: How the Individual Health Insurance Market Fails Women,” which found that women often have higher premiums than men and that very few insurers cover maternity care. The report also found that insurers could refuse to cover survivors of sexual assault or domestic violence by characterizing their past trauma as a “pre-existing condition.”

“They could tell sexual assault survivors, ‘Because you require preventative HIV medication and antidepressants, you’re too expensive. We can’t make a profit off of you, we’re not going to cover you,’” Janel George, the director of Federal Reproductive Rights and Health at the National Women’s Law Center, told Motto.

The Affordable Care Act changed that by banning insurers from discriminating against anyone with a pre-existing condition and mandating that all insurers cover ten Essential Health Benefits, including maternity and newborn care, mental health services, and preventive care, like mammograms.

But an amendment buried in the Republicans’ American Health Care Act threatens to strip away those federal protections for women. Though President Donald Trump promised that the GOP’s proposed health care bill will “guarantee” coverage for pre-existing conditions, that’s not exactly the case.

Depending on a state’s choice to opt out of those requirements, it could soon very well be legal for an insurer to charge women and survivors of domestic abuse higher premiums, or deny them coverage altogether.

“We’ll go back to the days when your access of quality coverage depended on where you live,” George said.

“Women will disproportionately be affected by this legislation if it moves forward,” George said. “This repeal vote is a vote to step back to a time when discrimination against women in the health center was permitted, widespread and it went largely unnoticed. It left women not only paying more but also jeopardized women’s health and economic security.” 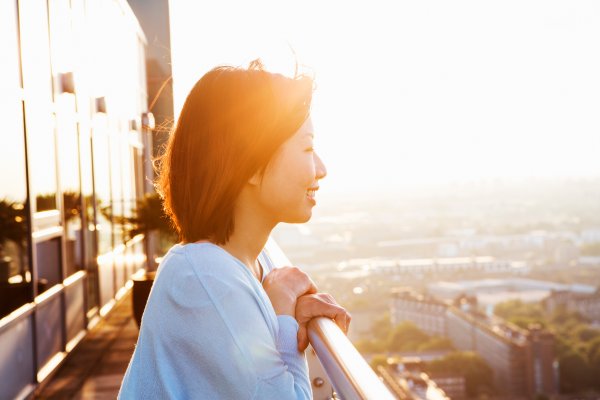 5 Fast and Easy Ways to Stop Stressing Out
Next Up: Editor's Pick