Currently in its 34th season, Survivor — in its early going a truly revolutionary series — has become largely unremarkable. Still rating well and still perfectly enjoyable, the show has long since shifted focus from the chaotic dynamics of culture clash on a desert island to internecine vote-counting schemes, perhaps because quite so much else came on the air to serve the audience with a taste for drama that’s both “real” and outlandish.

Early seasons created opportunities for matter-of-fact discussions (the first season, in 2000, was won by an openly gay man who frankly discussed his sexuality and reveled in the discomfort other contestants had around him). Middle seasons made a run at controversy for its own sake (as with a season premised around pitting races against each other that ended up abandoning the concept fairly early on). But lately, the show will occasionally have a themed season about some social issue, only to spend its running time on John Nash-level game theory.

Which is what made Zeke Smith’s role on the current season quite so special. Against his will, Smith, who was voted out Wednesday night, was dragged first into the sort of fight that effectively never happens on current-iteration Survivor, and then ended up in a place that the show normally doesn’t allow itself to go, either — one of actual engagement with the real world.

Smith, who (like all contestants this season) had previously appeared on the show, was earlier this season outed as transgender at an episode-concluding “tribal council” by his fellow contestant Jeff Varner, who was desperate to stay in the game. Varner presented Smith’s not having spoken out about the details of his gender identity as a sign of deceptiveness, and seemed almost immediately to have realized he had done something deeply wrong. (It’s taboo to out someone as transgender without their consent — to say nothing of the idea that a trans identity is connected to conniving deception.)

The conversation at tribal council — which ended with Varner being expelled by acclamation rather than a written vote, with his fellow contestants too disgusted for there to be any ambiguity as to the result — tended to center around everyone’s emotions but Smith’s. The contestant seemed bewildered: After all, he’d been an active player on the show for several weeks over two seasons without ever having had to discuss a part of his life that he didn’t choose to.

Other contestants rushed to fill the silence, as with Cedar Rapids cop Sarah Lacina’s emotional outpouring over how unfair the outing had been, which dominated the moment; she seemed to be crying both about Smith’s ordeal and about her own incredibly rapid education in transgender issues. It was a heartfelt and yet floridly theatrical reaction, and one that seemed to clarify exactly what about reality TV still works. The presence of cameras and an extremely poised host (Jeff Probst) both heightens emotions and creates situations where those emotions can be discussed at length.

The tribal council allowed Lacina — who, not incidentally, has gotten a glowing season-long edit of the sort winners of the show often do — to gush out her feelings of support and confusion. Subsequent episodes allowed Smith first the opportunity to process and discuss the experience with contestants who hadn’t been at tribal council and then to take part in the game as he’d originally hoped, as a very active player focused on the endgame rather than on interpersonal dramas that wouldn’t shift votes. Smith was a very good player whose discomfort at talking about aspects of his story felt deeply and movingly human.

That he’s gone on to talk openly about his experience after the game is inspiring, but his mere willingness to go on in the game as both Survivor‘s first (unwillingly) out trans contestant and a contestant whose story was entirely devoid of tokenism was noteworthy. In relatively short order, Survivor reverted to its typical current mode, one that’s heavily focused on vote-counting; Smith, this week, was expelled because of the massive strategic threat he represented, not because of his gender identity.

First in simply sticking with the game, then in disclosing his transition to fellow contestants, and finally in playing as hard as he could for as long as he could, Smith is a figure whom Survivor fans will remember for years to come. It’s deeply unfortunate that Smith was outed. But if that had to happen, Smith and Survivor handled it as well as they could have — impressive for a 29-year-old reality-show contestant and a TV show that’s long since backed away from social issues. Together, the contestant and the show he loves likely educated many viewers whom traditional activists cannot reach — but reality TV, pushing towards drama all the stuff of life, including stories we’ve never seen before, still can. 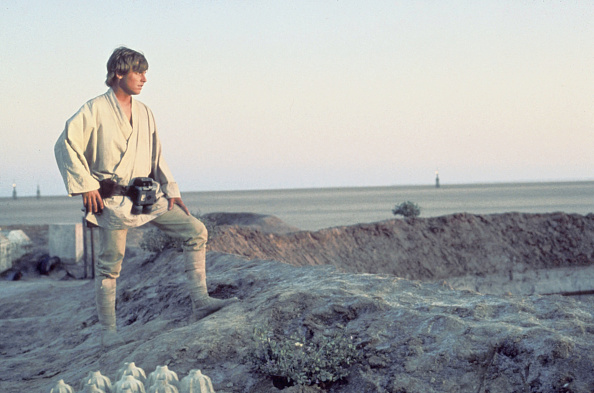 Celebrate May the Fourth With a Glimpse Into the Original Star Wars Script
Next Up: Editor's Pick