A new book posits that alien encounters would be far more benign than they appear in the movies; Arrival, above, is more realistic than most
Courtesy Paramount Pictures and Hybride Technologies
Ideas
By Sarah Begley

When the Martians first land on Earth in the 1996 sci-fi comedy Mars Attacks!, for a moment it appears all will be fine. “We come in peace,” says their leader, as the music swells and a dove soars overhead. Seconds later the Martian pulls out a laser gun and opens fire on a crowd of human onlookers. Yet another blockbuster alien invasion has begun.

That’s Hollywood, of course. But the melodrama underscores one of humanity’s most widely held fears: that if and when we do encounter extraterrestrial beings, they will wreak all kinds of havoc, much as they do in the movies.

Or will they? For his new book, Aliens: The World’s Leading Scientists on the Search for Extraterrestrial Life, quantum physicist Jim Al-Khalili asked a series of experts to explore how humans might actually make contact with aliens. The possibility is not as far-fetched as it once seemed: since NASA launched its Kepler mission in 2009, researchers have discovered thousands of new planets and “revolutionized our concept of how many habitable worlds could exist,” writes astrobiologist Nathalie Cabrol in one of the book’s essays.

But while Hollywood suggests we should expect to battle their inhabitants, science tells a different story. Here, five popular alien myths that Aliens debunks.

MYTH NO. 1: Aliens would eat us

Movies like The Blob and Critters imagine aliens harvesting humans for food, an unpleasant prospect. But it doesn’t track with the science of nutrition, writes astrobiologist Lewis Dartnell. In order for aliens to get nourishment from eating us, their bodies would have to be capable of processing our molecules (like amino acids and sugars). And that requires having a similar biochemistry–a long shot for a species that hails from a different world.

MYTH NO. 2: Aliens would breed with us

Both of this summer’s extraterrestrial blockbusters, Alien: Covenant and Guardians of the Galaxy Vol. 2, involve human-alien hybrids. But given that we can’t even reproduce with our nearest evolutionary relative, the chimpanzee, it’s “overwhelmingly improbable” we could do so with aliens, according to Dartnell.

Human evolution depended on so many unique and unpredictable factors, it’s near impossible that an extraterrestrial species would have human-like features, like the aliens in The Day the Earth Stood Still and Star Trek. It’s far likelier, writes neuroscientist Anil Seth, that they’d be as different as the octopus, “our very own terrestrial alien,” which has a high level of intelligence, a decentralized nervous system and an alternative style of consciousness.

MYTH NO. 4: Aliens would be “living” creatures

Even restrained films like Arrival get this one wrong, according to some scientists. Should aliens contact us, cosmologist Martin Rees believes we will hear not from fellow organic creatures, but from the robots they produced, who can, in theory, live forever.

MYTH NO. 5: Aliens would steal our water and metal

The aliens in Independence Day famously arrive to strip Earth of its resources. But again, that logic doesn’t add up, writes Dartnell. Most of our metal is in the Earth’s core, not its crust; asteroids would be far better targets for mining. And icy moons, like Jupiter’s Europa, would be easier places to stock up on water. They’re uninhabited, and they don’t have Earth’s strong gravitational pull.

So if aliens aren’t interested in harvesting our lands or our bodies, why would they make contact? Dartnell suspects a purer motive: curiosity. “If aliens did come to Earth,” he writes, it would probably be “as researchers: biologists, anthropologists, linguists, keen to understand the peculiar workings of life on Earth, to meet humanity and learn of our art, music, culture, languages, philosophies and religions.”

Presumably, we would hide our alien movies. 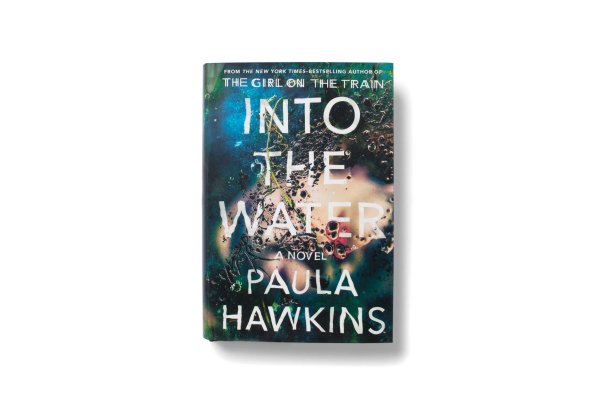 Review: The Girls Off the Cliff in Paula Hawkins' Into the Water
Next Up: Editor's Pick