Tony Alamo talks to reporters as he is escorted to a waiting police car outside the federal courthouse in Texarkana, Ark. on July 23, 2009.
Danny Johnston—AP
By Aric Jenkins

The imprisoned Evangelist preacher Tony Alamo, who sexually abused young girls he considered to be his wives, has died after serving more than seven years of a 175-year prison sentence, authorities said.

Alamo, who was born Bernie Lazar Hoffman, died Tuesday at the age of 82 while in custody at a federal prison hospital in Butner, N.C., the Bureau of Prisons said, according to the Associated Press. Specific details about his death were not immediately known, though he reportedly suffered from a number of health problems, including diabetes and a 2011 heart attack.

Alamo was convicted in 2009 on 10 counts for taking young girls, including a 9-year-old, across Arkansas state lines to have sex with them, the AP reports. Some were forced to become his “wives” throughout the 1990s.

Alamo began preaching in Los Angeles in the 1960s on a platform of anti-catholicism, homophobia and polygamy with young women, according to the AP. He eventually moved his headquarters to Arkansas with his wife, Susan, where he held secret ceremonies at his compound to authorize his marriage to girls as young as 15-years-old.

At its height, the Tony Alamo Christian Ministries had thousands of followers around the country, according to the AP. John Wesley Hall, a lawyer who represented Alamo, told the AP that several former members of his evangelist community “expressed relief” upon learning news of his passing was true. 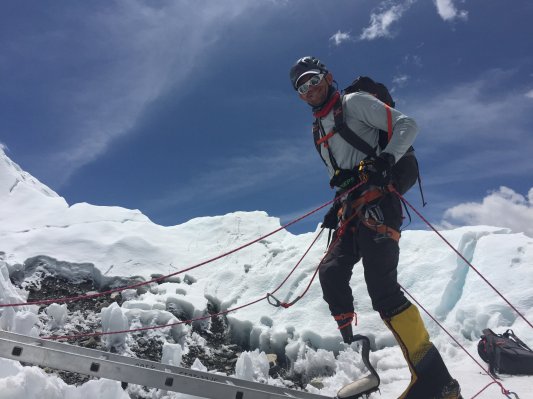 ‘The Only Limits Are the Ones You Place on Yourself.’ Meet the First U.S. Amputee to Scale Mount Everest
Next Up: Editor's Pick