Lawmakers in the House of Representatives are slated to vote today on the American Health Care Act, which Republicans hope will replace Obamacare. The bill is back on the table after House Republicans withdrew it from consideration in March because it apparently lacked enough votes to pass. Here’s how it has changed since then.

President Donald Trump is expected to sign an executive order on “religious liberty” today that would loosen restrictions on political activities by churches and other religious organizations. The signing of the order falls on the National Day of Prayer. Trump is also meeting today with Australian Prime Minister Malcolm Turnbull in New York.

Britain’s Prince Philip, who is Queen Elizabeth II’s husband, will soon no longer “carry out public engagements” or accept new invitations for visits, Buckingham Palace announced in a statement today. The 95-year-old Duke of Edinburgh will follow through with already scheduled events, by himself and with the Queen, until August.

Three people died and nine more were hurt after an erratic SUV plowed through a crowd at a Massachusetts auto auction.

A Virginia woman who laughed during Jeff Sessions’ confirmation hearing has been convicted of disorderly conduct.

A Google Docs phishing scam is spreading around the internet. Here’s what you need to know about it.

Today is International Star Wars Day, celebrated by fans of the hit movie franchise. Celebrate with a glimpse into the original script.

Skippy Peanut Butter is no longer being sold in Canada. 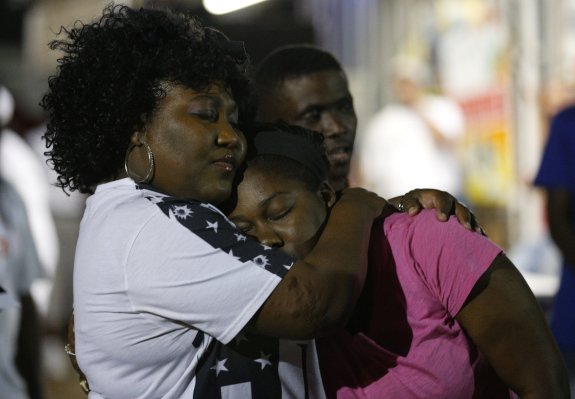