Let’s begin this piece on Microsoft’s grand vision for the future of its Windows platform by quoting a savvy analysis of the situation by PC Magazine‘s Charles Petzold:

There are some telltale signs that the above sound bite dates from November, 1992, such as the references to IBM and DOS. But when I attended the jam-packed keynote at Microsoft’s Build conference yesterday, I was struck by how much the company’s overarching strategy feels like a 21st-century take on “Windows Everywhere.”

Most of the people in the keynote audience were developers, and the news they got there and at other Build sessions included the following:

This isn’t so much a new direction as the next phase in an evolution Microsoft has been working on for years, ever since it began to unify the interfaces of its software platforms and made Windows Phone a technical variant of full-blown Windows rather than an operating system unto itself. Still, it’s all wildly ambitious. The end goal is a scenario in which consumers and businesses think of Windows not so much as software that runs on PCs, but more as an environment that’s on every screen in their lives–and on some devices that don’t even have screens. Windows Everywhere, indeed.

Back in the 1990s, when Microsoft attempted something similar, it was doing so from a position of strength. Windows was the world’s most important computing interface by far; the very fact that something ran it was a sign of credibility. And the company was so powerful that the notion of Windows Everywhere was a disincentive for other outfits to invest in product categories where Windows might show up. (There are probably mobile operating systems that never got invented because it seemed so likely that Windows Mobile would dominate the market as decisively as Windows dominated the PC business.)

Today, Windows Everywhere is an attempt at a comeback. PC users have reacted to the bold new ideas in Windows 8 with less than giddy enthusiasm–it turned out that a lot of them were pretty happy with the comfortable old ideas in previous versions of Windows–and Apple’s iOS and Google’s Android control the smartphone and tablet markets. Nobody’s going to buy Windows devices unless they look really good, and no Microsoft rival will be intimidated by the prospect of competing with Windows.

So I doubt that even Microsoft insiders envision a future in which Windows is, in fact, everywhere: The era of it powering 90 percent of the computing devices in our lives is over. But the company is offering a coherent vision, and it’s not a knockoff of what Apple and Google are doing. (Apple has both OS X and iOS and shows no interest in merging their interfaces; Google seems to be perfectly happy forging ahead with both Android and Chrome OS.)

Here’s something that’s easy to forget about the original version of “Windows Everywhere,” though: In the long run, it failed. Even early on, it turned out that it didn’t make sense to put Windows on some of the machines Microsoft coveted, such as printers and fax machines. The company knew that tablets would matter, but force-fitting Windows onto Tablet PCs did not. And the iPhone and Android were able to take over the smartphone market in part because Microsoft was fixated on putting Windows on phones rather than building the best possible mobile operating system.

I’m not predicting doom for Windows Everywhere 2.0: This time around, Microsoft has an interface that’s more plausible across a range of devices. It’s also a scrappier, humbler company than it had to be in the 1990s, which tends to result in better products. If there’s a smarter alternate strategy out there, I’d like to hear it–and so, I’ll bet, would Microsoft. 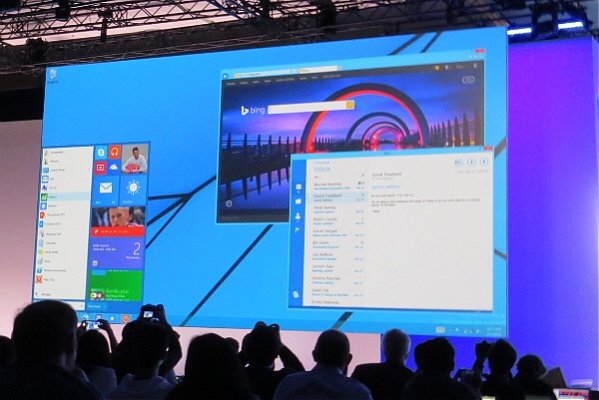 Looks Like the Next Version of Windows Will Be the One Everybody Wanted Back in 2012
Next Up: Editor's Pick