FBI Director James Comey is slated to testify today during the Senate Judiciary Committee’s hearing regarding oversight of his agency. Yesterday, former Secretary of State Hillary Clinton once again blamed Comey and Russian interference for derailing her 2016 presidential election campaign. Comey had revealed less than two weeks before the election that the investigation into Clinton’s use of a private email server while serving as Secretary of State would be re-opened. “If the election had been on Oct. 27, I would be your President,” Clinton said. President Donald Trump leaped into the fray last night, tweeting that Comey “was the best thing that ever happened to Hillary Clinton in that he gave her a free pass for many bad deeds!” Watch the Senate hearing live here.

No federal charges for cops in Alton Sterling shooting

The Justice Department will not charge two white Baton Rouge police officers who were involved in the fatal shooting of Alton Sterling, a 37-year-old black man, according to the Associated Press. The Justice Department had opened a civil rights probe into Sterling’s shooting death, which was captured on video and sparked national outrage in July. In a separate incident involving a fatal police shooting, an officer in Texas who shot and killed a black teenager while responding to a report of a wild house party has been fired.

Catherine Hettinger, the woman who created the widely popular fidget spinner more than two decades ago, said in an interview with Money that she was “thrilled” by the toy’s recent success. She said she had invented it as a way to help ease stress and promote fun. “The culture we live in now — the times now — everyone has a need for fun. People are realizing it, and it’s true,” she said.

Authorities said the suspect behind the deadly University of Texas stabbing suffered from mental health issues.

Another Fox News employee, reporter Diana Falzone, has filed a discrimination lawsuit against the network.

Disney World has banned marijuana from its Florida theme parks.

Malia and Sasha Obama’s last night in the White House featured pizza and a slumber party. 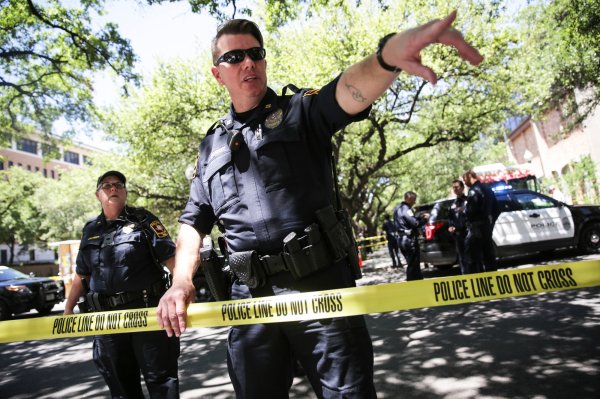