Another Fox News Employee Accuses the Network of Gender Discrimination

Fox News reporter Diana Falzone filed a gender and disability discrimination lawsuit against the network —claiming she was taken off the air after she spoke out about her personal struggles with endometriosis.

Falzone claimed she was barred her from appearing on air after she published an op-ed column on Fox News’ website revealing she had endometriosis and was likely infertile, according to the lawsuit, which was filed Monday in the New York State Supreme Court in Manhattan.

Falzone claims in the lawsuit that after the piece was published, her supervisor, Refet Kaplan, told her she wouldn’t be appearing on the air or on the website at Fox News, according to the New York Times. While the court documents didn’t explain why Falzone thought her piece led to her demotion at the network, it noted that she was told she would be barred three days after the article went online. Falzone had previously received positive feedback on her performance, according to the suit.

“The issues raised in Diana Falzone’s lawsuit are a concern for all women,” Nancy Erika Smith, an attorney for Falzone, said in a statement. “Fox News never banned her male counterparts who have discussed their personal health issues on air. Indeed, those men saw their careers advance.”

Fox News did not immediately respond to a request for comment.

Falzone’s lawsuit comes on the heels of a string of legal drama at Fox News over the last year. In April, employees at Fox News accused the network of racial discrimination and “Plantation-style management.” The lawsuit came a week after Fox fired longtime host Bill O’Reilly amid a sexual harassment scandal.

On Monday, Fox News co-president Bill Shine resigned from the company, following accusations that he aided Roger Ailes—who left Fox in 2016 amid reports of sexual harassment—as he made advances toward his female colleagues. Both Ailes and O’Reilly denied the allegations. 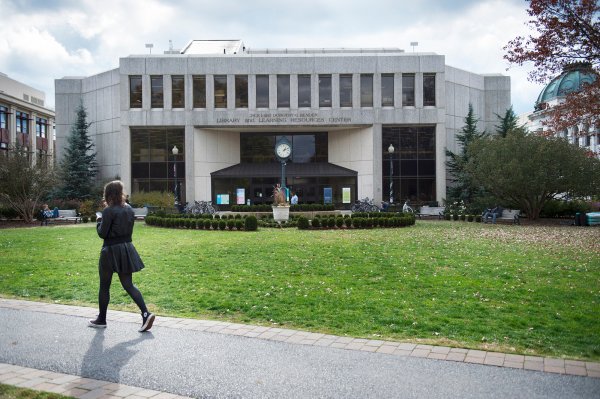 American University Finds Bananas Tied to Nooses on Campus in ‘Crude’ Act of Bigotry
Next Up: Editor's Pick