Netflix added more trigger warnings to its controversial new show 13 Reasons Why, responding to educators and mental health advocates who have raised concerns that the show romanticizes teen suicide.

“While many of our members find the show to be a valuable driver for starting important conversation with their families, we have also heard concern from those who feel the series should carry additional advisories,” Netflix said in a statement obtained by Variety.

The show, which was produced by Selena Gomez, focuses on a high school student who commits suicide and leaves behind audiotapes explaining what led to her death. Officials in New Zealand recently created a new rating for the show requiring anyone under the age 18 to watch it with adult supervision, arguing the show “does not follow international guidelines for responsible representations of suicide.”

Some school officials in the U.S. have also warned that the show could inspire “copycat behavior,” the Washington Post reported.

“Currently the episodes that carry graphic content are identified as such and the series overall carries a TV-MA rating,” Netflix said in its statement. “Moving forward, we will add an additional viewer warning card before the first episode as an extra precaution for those about to start the series and have also strengthened the messaging and resource language in the existing cards for episodes that contain graphic subject matter.”

The streaming service is also including a link in the warning to 13ReasonsWhy.info — a global resource center that has information about the “serious matters” featured in the show.

In an interview with the Associated Press, Selena Gomez defended the show, which she said tells a “beautifully tragic” story based on Jay Asher’s novel of the same name. She said some controversy was “going to come no matter what.”

“It’s not an easy subject to talk about,” she said, adding that she’s proud of the show. 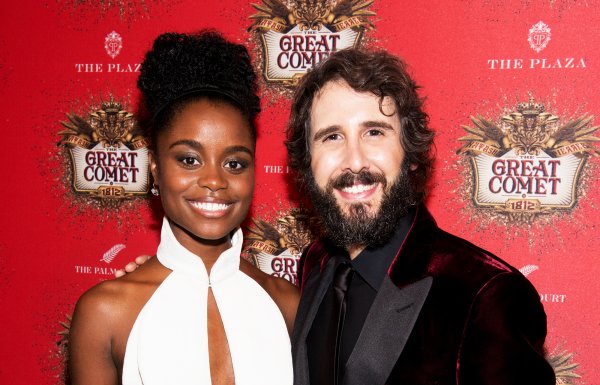 See the Complete List of 2017 Tony Awards Nominees
Next Up: Editor's Pick