A group of indigenous leaders in northeastern Brazil came under a brutal attack late Sunday by ranchers in a violent escalation of territorial disputes. The attack is the latest in a string of sometimes deadly assaults on activists.

Thirteen people were hospitalized and at least one had his hands and feet hacked off during the most recent attack in Maranhão state, according to the Guardian, after members of the indigenous Gamela community had occupied land they say was illegally seized by the country’s former military government.

Cattle ranchers who now occupy the land reportedly gathered at night, drank alcohol and ambushed the Gamela encampment, the Guardian said citing a local report. Survivors reportedly said the ranchers fired shots into the air before attacking the group with machetes. No deaths have been reported but at least three victims are reportedly being treated for serious injuries.

Reuters reports that federal police have been deployed to Maranhão to prevent further violence and help local authorities investigate the clashes between the cattle ranchers and what the justice ministry referred to as “supposed indigenous people.”

Brazil’s indigenous communities have become more active in recent years in pushing back against alleged land- and resource-grabs, though reports indicate that the country is becoming one of the world’s most dangerous places for land rights activists.

Read More: Is It Ethical to Leave Uncontacted Tribes Alone?

U.N. High Commissioner for Human Rights Zeid Ra’ad al Hussein called on Monday for Brazilian President Michel Temer to address the growing threats toward the nation’s activists, citing the government’s figure that 61 activists were killed in Brazil in 2016.

“The government has to fight better the impunity that seems to surround violent crimes against human rights activists in Brazil, especially those who defend their lands and resources,” Latin American news network TeleSur quoted Hussein as saying.

States in the country’s northeast Amazon region, such as Maranhão and neighboring Para, are reportedly among the most volatile. Reuters reports that in March of this year, five armed men broke into a prison in Para and assassinated prominent land rights activist Waldomiro Costa Pereira. 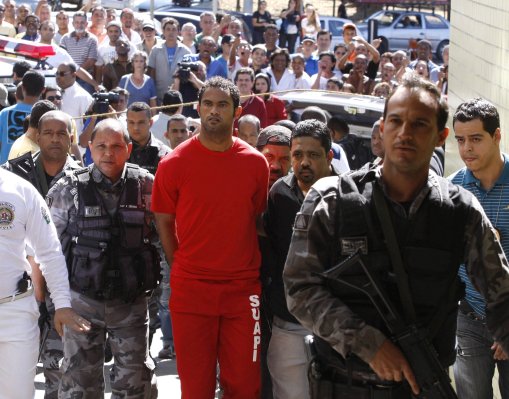