See All the Best Photos From the Met Gala After-Parties

While the annual Met Gala might be the fashion event of the year, it’s not the only festivity of the night — far from it because, after all, after the party is the after-party and it looks like the fashion flock has taken this adieu to heart.

Gala co-chair Katy Perry hosted a spirited soiree at New York City’s Boom Boom Room, on the top of the Standard Hotel, where the likes of John Legend and Chrissy Teigen partied with model Karlie Kloss, while Solange Knowles hosted her own after-party at Panna II Garden Indian Restaurant, an East Village favorite for downtown kids and undisputed Queen of the Met Gala Rihanna held court at 1 Oak. The conclusion we came to after seeing the Instagrams from these festivities — the party doesn’t stop when the gala ends. See the best Instagrams from the Met Gala after-parties below.

Mindy Kaling joined Riz Ahmed, Aziz Ansari and Hasan Minhaj for what might be the most epic photo of our time.

Rihanna and best friend Melissa Ford took to 1 Oak to party after the gala.

Kylie Jenner led the charge for a star-studded bathroom selfie.

Priyanka Chopra took advantage of the good lighting at the Boom Boom Room. 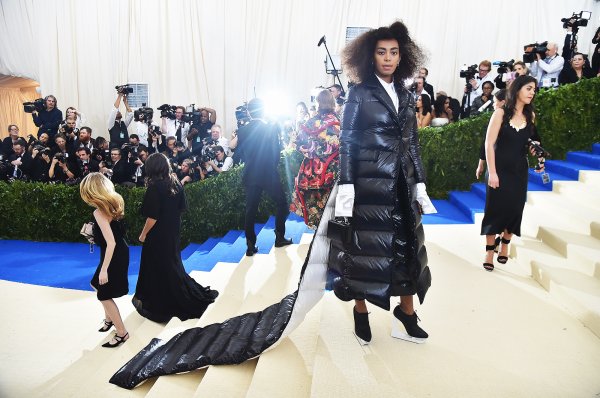