A Kentucky family court judge has recused himself from all adoption cases involving same-sex couples because he says he doesn’t believe arrangements that involve “practicing homosexuals” are in a child’s best interest.

Judge Mitchell Nance issued an order last week in Kentucky court saying that he would no longer hear such cases and that he was recusing himself as a “matter of conscience,” according to the Courier-Journal.

In an interview with the Glasgow Daily Times, Nance said he recused himself to prevent long delays for adoptive parents in same-sex relationships.

“It’s preemptive in nature. I wanted to preempt there from being any uncertainty if the situation arose,” Nance told the Daily Times.

Another judge said he would not be recusing himself, which could help prevent any additional delays.

The conservative Family Foundation of Kentucky praised the judge’s decision.

“When adoption agencies abandon the idea that it is in the best interest of a child to grow up with both a mother and a father, people can’t expect judges who do believe that to be forced to bow the knee,” spokesman Martin Cothran said in a statement.

The Daily Times reported that several organizations were critical of the judge’s order. Chris Hartman of the Kentucky Fairness Campaign called the it discriminatory in an interview with the Times.

“And if Judge Nance can’t perform the basic functions of his job, which are to deliver impartiality, fairness and justice to all families in his court room, then he shouldn’t be a judge,” Hartman added.

The judge’s decision has been compared to that of Kentucky County Clerk Kim Davis, who refused to issue marriage licenses to same-sex couples because her name would be on the document.

Davis argued she shouldn’t have to issue the licenses because same-sex marriage went against her personal beliefs. 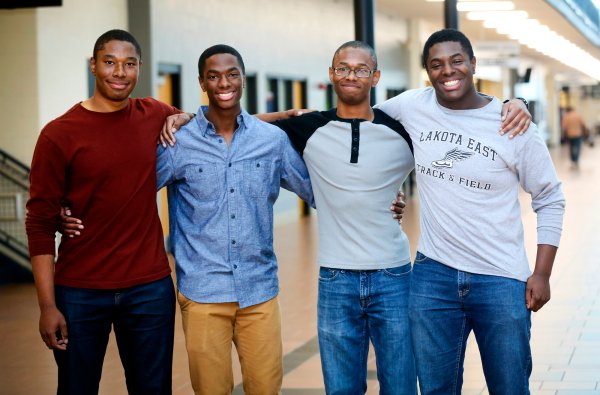 These Quadruplets Are Headed to College Together
Next Up: Editor's Pick