The federal budget deal secures $20 million to cover the costs between Election Day and the inauguration. Another $41 million allocated to cover “extraordinary law enforcement personnel costs” directly related to securing a “residence of the President that is designated for protection.”

“Although the federal government does not otherwise reimburse costs of state or local law enforcement for activities in support of the United States Secret Service protection mission, these funds are being provided in recognition of the extraordinary costs borne by a small number of jurisdictions in which a residence of the President is located,” the provision reads.

The presidents weekend trips to the Mar-a-Lago resort as well as the cost of protecting Trump Tower in New York City, where the First Lady and Trump’s son Barron currently reside, have caused a strain on local law enforcement. Reuters reports New York City spends between $127,000 to $146,000 per day protecting the First Family and the cost can increase to $310,000 when President Trump is in town.

The Palm Beach County Sheriffs Department has estimated it spends $60,000 daily on overtime pay to protect the President when he travels to the “Winter White House.” The travels of Trump’s adult children have also added to the demand on the U.S. Secret Service.

Officials in New York praised the budget deal on Monday. Mayor Bill de Blasio tweeted that the Congressional delegation ” worked tirelessly over the past several months to make sure these costs are paid for by the federal government.”

“We are getting what we’re owed. That’s good news for NYC and the hardworking NYPD officers faced with this unprecedented security challenge,” New York City Mayor Bill de Blasio said on Twitter. 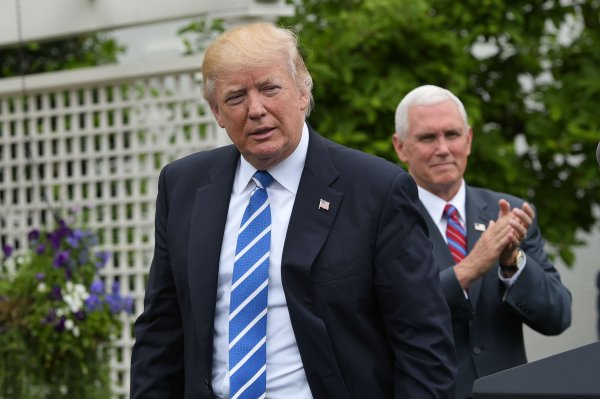