Ja Rule, co-owner of the Fyre Festival, speaks onstage during the 'Follow The Rules' panel at the Viacom TCA Presentation at The Beverly Hilton Hotel on July 29, 2015 in Beverly Hills, California.
Jason Kempin—Getty Images for Viacom
By Jennifer Calfas

The organizers of the Fyre Festival in the Bahamas were hit with a $100 million lawsuit after a chaotic weekend for festival-goers.

The class-action lawsuit accuses festival founders Ja Rule and Billy McFarland of fraud, stating the Fyre Festival’s “lack of adequate food, water, shelter, and medical care created a dangerous and panicked situation among attendees — suddenly finding themselves stranded on a remote island without basic provisions — that was closer to ‘The Hunger Games’ or ‘Lord of the Flies’ than Coachella,” according to Billboard.

Mark Gergos, a celebrity trial lawyer who has represented Kesha and Michael Jackson, filed the lawsuit in California on behalf of Daniel Jung, a festival attendee, and more than 150 attendees are expected join the suit, Variety reported.

Advertised by supermodels like Bella Hadid and Kendall Jenner, the event was promoted as a luxury music festival on a private Caribbean island. Instead, guests said they had substandard food and housing on the island, and a number of musicians slated to perform canceled their acts.

Additionally, all flights from the island to Miami were canceled during the weekend, leaving guests stranded with minimal food and housing.

“Attendees’ efforts to escape the unfolding disaster were hamstrung by their reliance upon Defendants for transportation, as well as by the fact that Defendants promoted the festival as a ‘cashless’ event — Defendants instructed the attendees to upload funds to a wristband for use at the festival rather than bringing any cash,” the lawsuit states. “As such, Attendees were unable to purchase basic transportation on local taxies or buses, which accept only cash.”

Ja Rule and McFarland have apologized for the conditions of the festival and offered a full refund to all attendees, as well as VIP passes to next year’s event.

“This is an unacceptable guest experience and the Fyre team takes full responsibility for the issues that occurred,” the duo said in a statement. 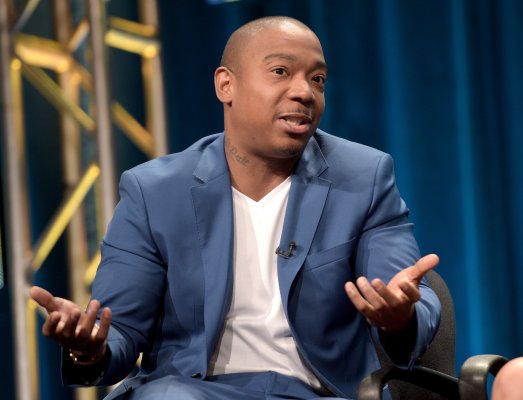