Newlywed women in one Indian state are being given state-issued wooden bats to ward off drunk or abusive husbands, amid nationwide efforts to crackdown on alcohol-linked violence against women.

Agence France-Presse reports that Gopal Bhargava, a minister in the central state of Madhya Pradesh, gave the bats to nearly 700 women who participated in a government-organized mass wedding on Saturday.

Bhargava has reportedly ordered about 10,000 more paddles to hand out to future brides. The specially made bats, measuring nearly one foot long and traditionally used to beat dirt out of laundry, bear messages such as “for beating drunkards” and “police won’t intervene,” according to AFP.

The minister reportedly advised the brides to first try to reason with their husbands, but to “let the wooden paddles do the talking” if words fail.

“Women say whenever their husbands get drunk they become violent. Their savings are taken away and splurged on liquor,” Bhargava told AFP. “There is no intent to provoke women or instigate them to violence but the bat is to prevent violence.”

Experts warn, however, that while such measures have proven politically popular, prohibition has in some cases taken a toll on local economies and could lead to a rise in dangerous, illegal production of moonshine. 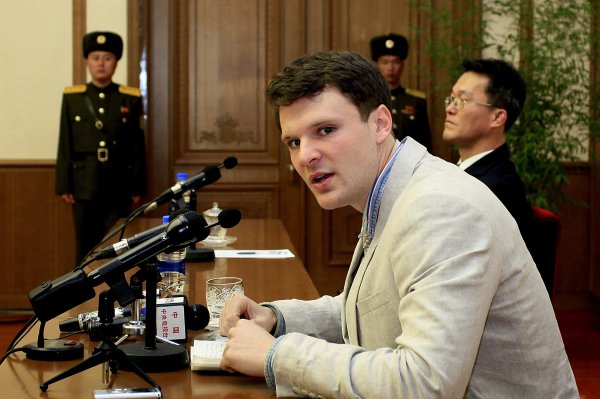 The U.S. Student in Kim Jong Un's Hands
Next Up: Editor's Pick