As news reports surface of yet another missile test by North Korea, the United States must consider increased pressure on the regime of Kim Jong Un.

These threats are not new to our nation and they aren’t going away. Having served nine terms in Congress, including 18 years on the House Armed Services Committee, I remember facing similar threats in 1994, when North Korea refused to let international inspectors in to see facilities where it extracted nuclear material for use in weapons.

By every estimate, North Korea’s facilities could have been destroyed safely back then, and with no loss of life for South Korea or for us. But there was a chance that they would retaliate and use conventional means — primarily artillery hidden in North Korea’s mountains — against the people of South Korea.

According to news reports five years later, the Pentagon predicted at the time that as many as a million South Korean lives could be lost. William Perry, U.S. secretary of defense in 1994, later wrote that such estimates had persuaded him to recommend against a military strike.

As we have waited through the years since that provocation, the more difficult problems with North Korea have become. Military solutions were difficult then, but are even more difficult today. While we all have hoped that this situation would settle down and we wouldn’t have to resort to a direct military attack that could threaten the lives of millions of people in Seoul, the fact of the matter is that North Korea’s nuclear program only continues to get stronger.

Much has changed in the past quarter century. Yet many commentators speak of the North Korean threat to Seoul’s civilian population as though it precludes any American military action against the North. We thus witness an odd ongoing debate, in which many cite North Korea’s rapid advancements but believe American policy should remain stuck in a time warp, frozen by its same limitations of 1994.

Some policy experts assert that the danger to our allies in Seoul precludes American military action and proves that our options are limited to financial sanctions against the pariah state, or perhaps to negotiating a package of benefits that will only guarantee the regime emerges more powerful from every crisis it creates. These are not objectives, but are stalling tactics, and as we have seen in the past two and a half decades, the North Korean regime uses time to develop still more threatening capabilities. This just kicks the can down the road.

But time has not stood still for us either and we have learned much about the power structure in North Korea, especially with the rise of the murderous grandson of the Kim Family dynasty – an empire that has been in place since the end of the Korean War in the early 1950s.

U.S. Secretary of State Rex Tillerson is right that all options need to be on the table. I strongly believe this should include a regime change and the removal of Kim Jong Un and his immediate Pyongyang inner circle. Without Kim in power, North Korea will collapse in indecision, and the possibilities of peace in the region will be immediately enhanced. 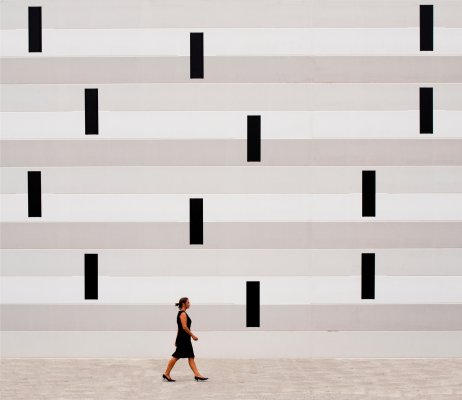 How One Black Architect Is Transforming the Field
Next Up: Editor's Pick