In the six years since photojournalist Chris Hondros was killed while on assignment in Misrata, Libya, the fund established in his honor Fund has given more than $100,000 to support the work of photojournalists. Now, the organization is introducing a Domestic Reporting Grant.

The new grant, worth $10,000, is dedicated to the defense of press freedom in the U.S. and will fund two to three stories produced by the non-profit news organization ProPublica.

“For the past two years, we have been wanting to come up with an idea to focus more domestically,” says Christina Piaia, president of the Chris Hondros Fund’s board. “I think a lot of people consider the fund to be strictly a conflict-work-based organization, but the majority of Chris’ work was actually done domestically.”

The launch of this new grant comes following a contentious American presidential election that saw the press becoming the target of partisan attacks. As a result, the $10,000 will specifically be used to produce work that relates to the aftermath of that election, though Piaia tells TIME that the connection could be interpreted broadly to include coverage of issues relating to everything from the environment to healthcare.

David Sleight, ProPublica’s design director, tells TIME that the organization — which doesn’t have a full-fledged photography department — usually picks its photojournalistic collaborators on a “case-by-case basis” depending on what the story requires. “We’re going to look to use [the grant] where it can augment existing storytelling,” he says, “or give us a way to look at something from a different angle or opportunity we might not have had before.”

Both organizations expect the first story to benefit from this grant to be published after the summer.

The news comes as Meridith Kohut, a frequent contributor to the New York Times, received the sixth annual Getty Images and Chris Hondros Fund Award for her work in Venezuela.

A print auction to benefit the Chris Hondros Fund is currently underway and will close on May 3. 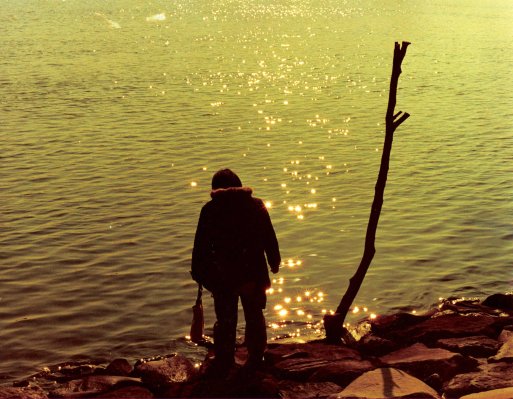