Emma Stone Gets Candid About Living With Anxiety

Emma Stone is opening up about her lifelong battle with anxiety, and the tools that help her live the “pretty normal” life she never thought possible.

Teaming up for a new campaign with the Child Mind Institute, a nonprofit that works with children struggling with mental health and learning disorders, the La La Land actress opens up about her own struggles with anxiety. Stone’s video is part of a larger series the Child Mind Institute is launching in which celebrities including Stone, Michael Phelps, Jesse Eisenberg and others talk about their personal experience with — and the stigma surrounding — mental illness.

“It has always been something that I’ve lived with and it flares up in big ways at different times in my life,” the 28-year-old says in the intimate video. “Sometimes while it’s happening, like while I’m in a phase of big turmoil, it feels like it’s never gonna end — but it does.”

This year’s Best Actress Oscar winner said her struggles were so acute as a child that the idea of ever moving out of her house was unfathomable, but she has since developed tools for managing her anxiety, which “have led to me living a pretty normal and exciting and vibrant life.”

“I truly, as a kid, did not think I would ever be able to move away from home or be apart from people I had separation anxiety with,” she adds.

Ever since she was a child, Stone suffered from anxiety and panic attacks. “I was just kind of immobilized by it,” she told Vogue in 2016. “I didn’t want to go to my friends’ houses or hang out with anybody, and nobody really understood.” Taking improv classes helped her overcome the attacks.

Dr. Harold S. Koplewicz heads up the Child Mind Institute campaign, known as Speak Up for Kids, and says having stars like Stone talk so honestly about their struggles is impactful for kids.

“Here are these remarkable individuals who give a message that says ‘if you are not ashamed, if you speak up, if you get a diagnosis and if you get treatment, your life can be as full and as productive as anyone’s — if not even more so than some average people,” he says, adding that 17 million kids in the U.S. have a mental health or learning disorder. “One of the things that change people’s minds about this is when we decrease stigma … And now I think it’s time for us to recognize how real, common and treatable these diseases are.”

Stone also talks honestly about the successful formula she’s found for managing her anxiety, which includes “a great therapist” and cognitive behavior tools including meditation.

“It’s so nice to know in those moments of real intensity that it will shift and it will change and there’s a lot I can do to help myself,” she says. 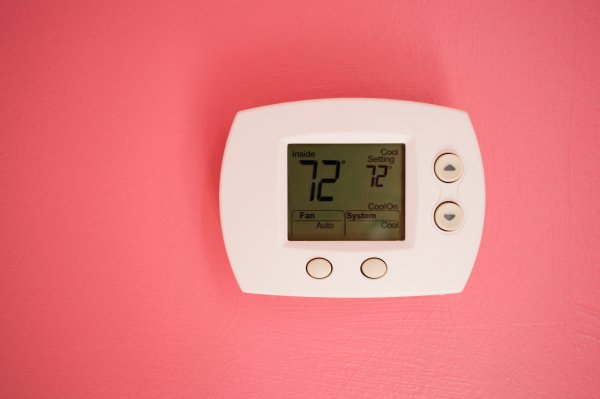 To Boost Your Metabolism, Adjust Your Thermostat
Next Up: Editor's Pick