Emma Watson is usually poised and on her game, whether she’s playing Belle in Beauty and the Beast or going incognito as a book fairy. But she had one hilarious on-air bumble that still haunts her: the time she mixed up late night TV hosts Jimmy Fallon and Jimmy Kimmel.

In a return visit to Fallon’s couch on Thursday night to promote her new dystopian thriller The Circle, Watson reminisced on one of her more mortifying live television blunders.

“Before we even started the interview, I just dove straight in there with, ‘I love that Halloween candy thing that you do,'” Watson recollected. “And there was just silence.” That “Halloween candy thing” happens to be a recurring gag that the other Jimmy of late night television, Jimmy Kimmel — not Fallon — is known for, in which he brutally pranks kids into thinking parents have taken their hard-earned trick-or-treating sweets.

“I died inside,” Watson said; to make it even more humiliating, it was the first time she had ever met Fallon. He graciously gave her the chance to exit and re-enter the stage, he recalled, after Watson had turned “bright red.”

“We don’t ever want to embarrass our guests, so please, thank you for coming back,” he laughed about her return to that fateful stage. Watch them remember the embarrassing moment, above. 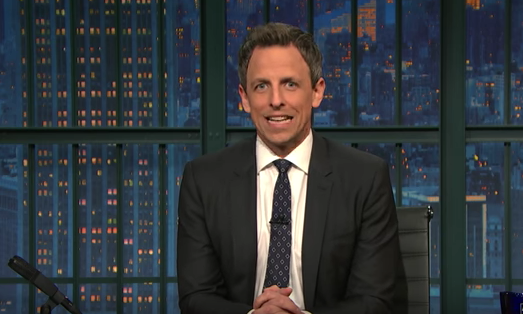