In the past, it seemed like no one chose unusual baby boy names for their son, and every elementary school class was comprised of the same basic assortment of names. For example, in 1965, Michael, the most popular name for boys, was given to more than 81,000 babies. Today, however, elementary schools classes are a little more diverse. Though some parents choose the same name, it’s less common than before. Noah—the most common name in 2015 (the most recent year with SSA data)—was shared by only 19,500 newborn boys. According to Laura Wattenberg, author of The Baby Name Wizard and baby name expert, parents see name choices as a reflection of individuality and choose a more unusual name as a symbol of uniqueness.

So, chances are, if you’re expecting a new addition to your family, you’re looking for an unusual choice. Wattenberg advises to keep a few factors in mind while researching. First, a popular name isn’t just the most familiar, but is also a name most people respond positively to. Wattenberg warns new parents that making a contrarian choice can mean accepting less-than-universal approval, as well as a lifetime of misspellings and mispronunciations. Second, be aware that a single character or celebrity can hijack an unusual name. Before choosing a unique name, Wattenberg suggests doing a quick Google image search to see if there’s a major connection you may be missing. If there is a popular association, know that it takes about three generations before new parents can see a baby boy name with fresh eyes. If the namesake comes from your parents or grandparents’ generation, be assured that by the time your child grows up, his name will most likely be able to be seen without that association.

Need some ideas? We’ve sifted through the Social Security Administration’s 2015 database of baby boy names in search of striking, yet unusual choices. Our favorites, below, were given to 20 or fewer newborns each that year—meaning if you choose one of these, there’s a good chance that he’ll be the only one with the unique name.

Best known as the name for the legendary jazz pianist Thelonious Monk, 20 boys were given this unique moniker in 2015. Nameberry traces the origin of the name as a Latinized variation of the German “Tillman,” meaning “one who plows the earth.”

Though there have been many popular Grovers throughout the 20th century (think President Cleveland as well as the cute, furry little monster from Sesame Street, for example), only 19 boys were named Grover in 2015.

This preppy English name meaning “priest’s cottage” was given to 18 boys in 2015. It can be shortened to Scott as a nickname, if he thinks it’s too buttoned-up.

This medieval-inspired name was given to only 11 boys in 2015. Lance makes a cute nickname, too.

Eleven parents chose this Shakespearean choice meaning “noble or bearlike” for their newborn son in 2015.

Read More: The Most Popular Baby Names From Around the World

This Scottish surname made waves when Yahoo CEO Marissa Mayer and her husband named their son this. Though in the news, it’s still an uncommon choice with only 10 babies receiving the name in 2015. And if the name wasn’t a good choice as it is, the nickname “Mac” is just too darn adorable.

According to Nameberry, this saintly French name means “kingly.” Today, this name is most commonly associated with the venerable talk show host Regis Philbin. Only 10 parents picked this name for their son in 2015, so it’s likely your son will be the only “Reeg” in your life.

Read More: These Are the Best (and Worst) Cities for Single Moms

This German name meaning “peaceful warrior” is more popular in the U.K. than in the U.S. According to the Office of National Statistics, 29 families in England and Wales chose Humphrey for their son’s name in 2015, while only seven families did stateside. 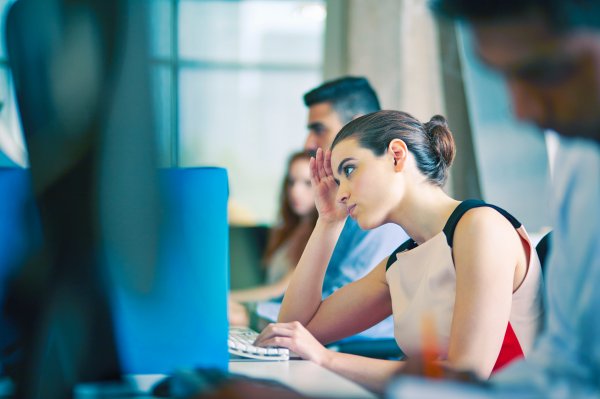 How to Cope When You Feel Like You’re Failing at Work and Home
Next Up: Editor's Pick