5 Waterproof Speakers You'll Want For Your Next Beach Trip

By Chris Morris / Fortune
Each product we feature has been independently selected and reviewed by our editorial team. If you make a purchase using the links included, we may earn commission.

As temperatures rise, people’s thoughts turn from snow skis to water skis, and sun worshipers put their tanning beds in the closet and go outside for the real thing.

Beach (and pool) season is almost here—and along with hot dogs, koozies, and coolers, music is essential. But not every Bluetooth speaker is water resistant enough to be splashed or dunked underwater. Components for many high-end models would fry if hit by an errant wave or cannonball.

The speaker industry, however, has an entire subset of products for the sun, sand, and surf. If you’re planning to visit the beach or neighborhood pool, you there are some solid options for audio gear to keep the party hopping.

Among the criteria for a taking a speaker to the beach is that it can’t be too heavy, since the cooler, towels and everything else that you drag along will already weigh you down. The $73 UE Roll 2 weighs just 330 grams (less than a can of soda) and sounds terrific. Most importantly, though, it’s waterproof— or least when submerged in nearly three feet of water for up to 30 minutes. It also comes with a bungee cord for you to attach it to your arm or boat, and a floating device so you can take it in the water with you.

If you like a lot of bass with your music, JBL’s $125 Charge 3 is worth considering. It makes music boom, and has the same waterproof rating as the UE Roll 2 (meaning you can submerge it in a meter of water for 30 minutes). This is a much larger speaker, though, weighing nearly two pounds. It has a 20-hour battery life, and it doubles as a powerbank, so your phone (which is likely providing the actual music) won’t die during your day at the water.

As the name suggests, the $350 BRV-XXL is a big speaker—almost boombox-sized. And unlike some other speakers in this list, you don’t want to take it in the water with you, although you don’t have to worry if it gets splashed a few times. The speaker’s size means its audio has added clarity and less distortion at high volumes. And, to make it more beach and pool-friendly, it comes with a charging port—and a bottle opener built in to its carrying strap.

Fuugo’s $110 speaker is a bit deceiving. It’s an incredibly stylish device that you wouldn’t think would be good to set down near water, yet it’s fully submersible and can also easily survive most other beach and pool hazards. The sound quality is excellent, as you’d expect. What’s surprising is how user-friendly the Style is. After starting it up for the first time, it audibly walks users through the Bluetooth pairing process. And the battery life is an impressive 35 to 40 hours.

Many Bluetooth speakers can only connect to a single device. The Megaboom, priced at $250, can handle two at a time, meaning you’re not limited to a single music library when at the beach. Like the company’s Roll2, this is a fully waterproof speaker and is somewhat larger (measuring in at eight inches high). It does have a slightly greater Bluetooth range, and excellent sound quality. And if you have to take a call while at the pool, it can double as a speakerphone, a feature that the Roll 2 lacks. 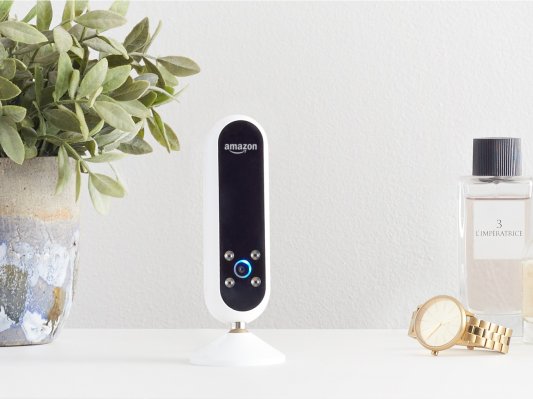 Amazon Just Launched a New Echo With a Camera
Next Up: Editor's Pick