Fyre Festival, a luxury music festival in the Bahamas that was co-created by rapper Ja Rule, was “fully postponed” during its first scheduled weekend, leaving a number of attendees stranded on a private island with minimal food and housing.

Guests who reportedly paid thousands of dollars per ticket (one festival-goer said he paid $8,000 for a four-bedroom VIP package) arrived on Great Exuma island for the festival’s first weekend on April 28-30 to find underwhelming accommodations. Tweets from the venue revealed barebone tents and bread and cheese in styrofoam containers presented as “catered” dinner.

And they arrived to a number of cancelled acts — including headliner Blink 182.

Some guests never even made it to the festival, which was promoted on social media by supermodels Kendall Jenner, Bella Hadid and Emily Ratajkowski. Early Friday morning, screenshots of an email from organizers shared on Twitter said all flights to the island from Miami were cancelled “due to circumstances beyond our control.” Those who managed to board a plane to the Exumas were reportedly stuck on the tarmac for hours, according to attendees who tweeted from the island.

Organizers announced Friday morning that the festival would be postponed. “Fyre Festival set out to provide a once-in-a-lifetime musical experience on the Islands of the Exumas,” a statement on the festival’s website reads. “Due to circumstances out of our control, the physical infrastructure was not in place on time and we are unable to fulfill on that vision safely and enjoyably for our guests.”

The Bahamas released an official statement saying they were “extremely disappointed in the way the events unfolded” at the Fyre Festival.

One attendee, William Finley, said he decided to go after the event was announced in January. “The way the website displayed, it was like, ‘Fly with eight of your friends to a private island and go on a million-dollar treasure hunt with models and celebs.” But Finley said in the weeks leading up to the trip, “it became clear it wasn’t going to be what they said” as he said a number of changes were spotted by his friends on the event’s website, including the quality of housing.

But Finley added that things could have been worse. “As much as I’d love to vilify people, it really wasn’t the worst thing in the world,” he said. “People just didn’t really know what they were doing — a bunch of wealthy trust fund kids simply ran it into the ground.”

Some Twitter users seemed to take pleasure in reading reports of what they called a “Hunger Games” for rich people.

TIME has reached out to Fyre Festival organizers for comment. 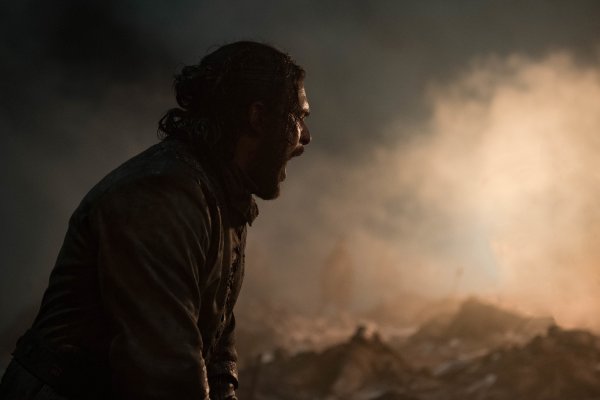 The 30 Most Essential Game of Thrones Episodes
Next Up: Editor's Pick