Trump Says He Thought Being President 'Would Be Easier'

As the clock ticks towards his administration’s 100-day mark, U.S. President Donald Trump said that he misses the life he had before moving to D.C.

“This is more work than in my previous life. I thought it would be easier,” he said of the presidency in an interview with Reuters at the Oval Office.

“I loved my previous life,” the former Apprentice host and real estate tycoon said. “I had so many things going.”

Trump told Reuters that he was still adjusting to the limitations on his personal movement and the 24-hour protection that comes with the job. “You’re really into your own little cocoon,” he said, “because you have such massive protection that you really can’t go anywhere.”

The President also said that he misses driving by himself — a limousine or an SUV now usually takes him around, according to Reuters. “I like to drive. I can’t drive any more,” he said.

In the same interview, Trump commented on the prospects of a possible government shutdown, and said that a “major, major conflict with North Korea” could be possible, though he and the administration would prefer a nonviolent resolution. 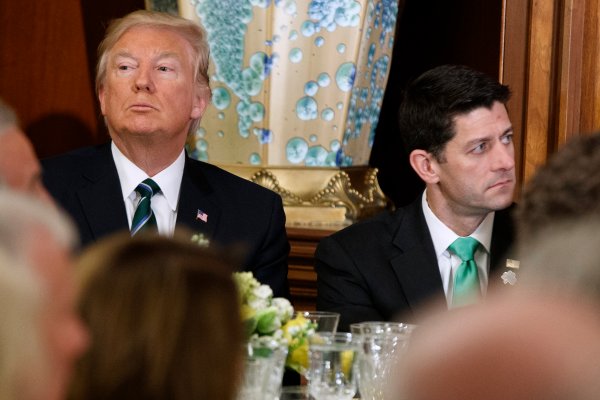 After 100 Days, Trump and the GOP Still Don't Get Along
Next Up: Editor's Pick