Michelle Obama Says She Won't Run for Office: 'I Wouldn’t Ask My Children To Do This Again'

In her first public speech since leaving the White House in January, former First Lady Michelle Obama discussed her future plans as a civilian, emphasizing that she will not be seeking political office.

“Politics is tough, and it’s hard on a family … I wouldn’t ask my children to do this again because, when you run for higher office, it’s not just you, it’s your whole family,” Obama said in Orlando, the Orlando Sentinel Reports.

But, she said, she will continue to advocate for was education for Women and Girls, noting that public service is “in her blood” and she thinks she can have more of an impact outside of the political sphere. “The plight of women and girls is real,” she said. “The struggles are real.” (Obama spearheaded the “Let Girls Learn” initiative while her husband was in office).

Obama was speaking at the America Institute of Architecture convention in Orlando. Next week, she will appear in New York City to speak at MTV’s 2017 College Signing Day.

Although she did not mention her husband’s successor by name, Obama did discuss how she and her family were adjusting to life outside the White House, describing the novelties of civilian life like being able to open a window and answer the door, CNN reports. The family is living in Washington, D.C. until Sasha Obama graduates from high school. 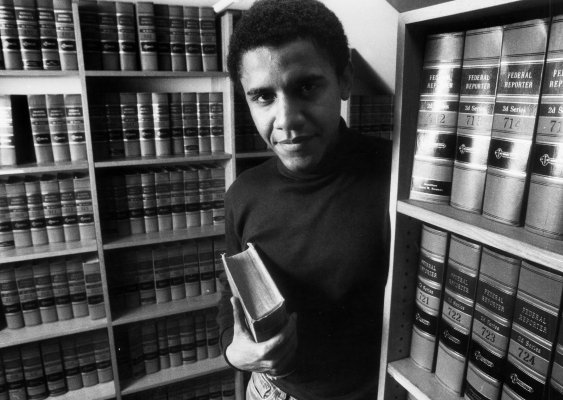 Barack Obama's Post-Graduation Brooklyn Apartment Is on Sale for $4.3 Million
Next Up: Editor's Pick