When in doubt over the origin of an epic insult, leave it to the Internet to decipher all its possible meanings.

Following British Foreign Secretary Boris Johnson’s recent denouncement of Labour leader Jeremy Corbyn as a “mutton-headed old mugwump,” Twitter went to work to clear up confusion over the unique snub. “Boris Johnson called Corbyn a Mugwump?!,” one user wrote in reference to the politician’s criticism of Corbyn in a column for The Sun. “When Johnson slags you off you have to get out ye olde dictionary to understand it!”

However, it quickly came to light that the word “mugwump” has roots in multiple works of fiction, including two Roald Dahl classics — Charlie and the Chocolate Factory and The Twits — William S. Burroughs’ Naked Lunch novel, and J.K. Rowling’s Harry Potter series.

But while Johnson himself told Good Morning Britain he was inspired by the words of Willy Wonka, those assessing the remark from a wizarding world perspective were convinced it may have actually been a compliment. “Boris Johnson calling Corbyn a ‘mugwump’ is a bit silly given that a mugwump is the most senior judge in the Wizengamot. Duh,” one user pointed out, referencing a position that Albus Dumbledore once held.

Rowling, on the other hand, apparently has different thoughts on the matter. 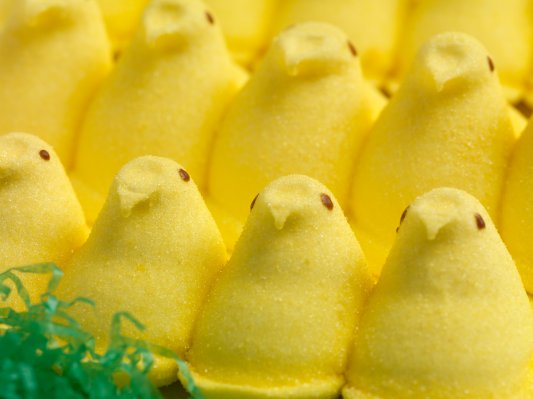 'Beauty and the Peep': Someone Made a Life-Size Belle Figure Out of 1,500 Peeps
Next Up: Editor's Pick