Michel Temer President of Brazil speaks during a press conference prior to signing Cooperation Agreements between Argentina and Brazil as part of an official visit to Planalto Palace on February 07, 2017 in Brasilia, Brazil.
Ricardo Botelho/Brazil Photo Pre—LatinContent/Getty Images
By Ian Bremmer

Once Dilma Rousseff was impeached last August, much of the world’s media turned its focus from Brazil toward other issues: Trump’s triumph, Brexit fallout, European elections, Putin’s plans, and North Korean threats.

But this important emerging market, mired in two years of recession and the worst political scandal in its history, has moved on. The highs and lows of the past decade have been remarkable, and the country’s future remains uncertain. But Brazil looks headed in a promising direction.

It’s amazing that the country’s political class still functions at all, given that the massive Lava Jato corruption scandal grinds on and that a recent poll found that 90 percent of Brazilians think their country is headed in the wrong direction. Close to 80 percent disapprove of President Michel Temer, the vice president who inherited executive power when Rousseff was sent packing.

Yet, there is good cause for optimism. Temer is pressing forward with ambitious plans to significantly improve the business environment in a country the World Bank ranks 123rd of 190 countries for ease of doing business. Congress is on the verge of passing an important labor reform bill, the first in decades, and long-awaited, much-needed changes to the country’s pension system that require constitutional change and a congressional super-majority will probably pass later this year. Even in watered-down form, this will be a landmark political achievement.

There is still plenty to worry about. The Lava Jato corruption probe will continue to expand, particularly given the dozens of plea deals in recent months that could help prosecutors charge some of Temer’s ministers, advisors, and congressional allies. Temer is also vulnerable to the effects of massive street protests, which have become much more common in recent years as the economic slowdown and endless corruption investigations take a toll on public confidence in the entire political class. That’s a lot of distractions, though Temer will finish his term.

The best hope for Brazil lies in what comes next. In 2018, voters will elect a new president—and they’ll probably send a crystal-clear signal of disgust with the country’s current political elite. The great question of the moment is the likelihood of a comeback for former president Luiz Inacio Lula da Silva, the man widely credited with piloting Brazil’s meteoric rise in international prominence a decade ago and with lifting large numbers of Brazilians out of poverty.

Despite strong early poll numbers, Lula’s chances are probably over-rated. His reliable support is limited to the country’s northeast, voters are likely to want new faces, and he remains especially vulnerable to ongoing Lava Jato investigations. For similar reasons, establishment figures like Senators Jose Serra and Aecio Neves are unlikely to get much support.

There’s a big opening for an outsider candidate like São Paulo Mayor Joao Doria, a businessman-turned-politician with a reputation for getting things done. Whatever his chances, Lava Jato is the scandal that Brazil has long needed to clear out the corruption that has weighed on this country’s growth for too many years.

That’s the best news of all. 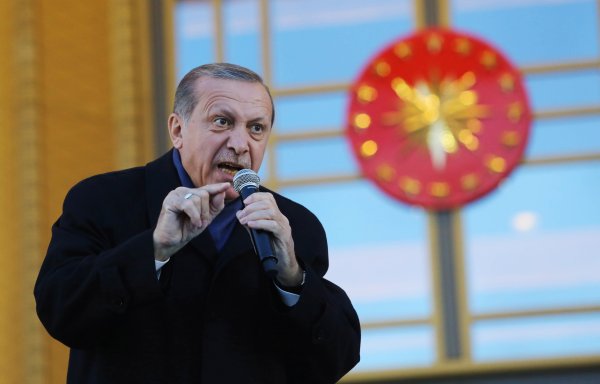 These 5 Facts Explain What Happens Next After Turkey's Referendum
Next Up: Editor's Pick