U.S. President Donald Trump holds up the signed Education Federalism Executive Order that will pull the federal government out of K-12 education, in the Roosevelt Room at the White House, on April 26, 2017.
Mark Wilson—Getty
By Lisa Marie Segarra

President Donald Trump will sign an executive order on Thursday that aims to hold Veterans Affairs employees accountable for misconduct or retaliation against whistleblowers.

While the Department of Veterans Affairs already has an Office of Accountability Review, this executive order will create a new a department that will answer to VA Secretary David Shulkin, according to USA Today.

During campaign season, then-candidate Trump laid out his plans for the VA, which included improving accountability. He wanted to make sure the agency’s director had the authority to fire problematic employees.

The VA has been hit by scandals in recent years, including one over extensive wait times in 2014 that led two officials to resign.

Trump will sign the executive order, titled “Improving Accountability and Whistleblower Protection,” at the Department of Veterans Affairs Thursday at 4:45 p.m. ET. Watch live above. 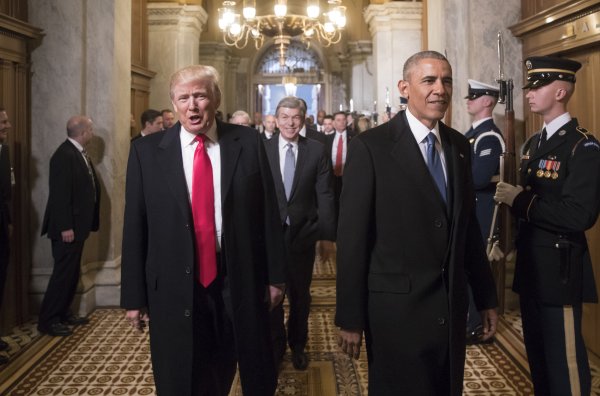 Poll: Just 36% of Voters Would Re-Elect Donald Trump
Next Up: Editor's Pick