9 Pro-Democracy Activists Have Been Arrested in Hong Kong

Riot police walk toward a crowd of protesters to gain ground on a blocked road in Hong Kong on Nov. 7, 2016
Anthony Wallace—AFP/Getty Images
By Kevin Lui / Hong Kong

Police in Hong Kong have arrested and charged several pro-democracy activists over their involvement in a protest against the Chinese government’s intervention in the election of two pro-independence lawmakers last year.

Nine people were taken into custody Thursday morning local time for their involvement in the November rally outside Beijing’s liaison office in the territory, according to a Facebook post by political party Demosistō, two of whose members were among the nine. The protest resulted in authorities using pepper spray and batons against protesters who charged a police barricade.

Charges include inciting disorderly conduct, unlawful assembly and obstructing police officers. Those arrested were subsequently released on bail, and will appear in court on May 5, the party says.

Avery Ng of the League of Social Democrats, who was among those arrested, wrote on Facebook that it was the third time this year that police had taken him from his home into custody. “Never-ending political suppression!” he said.

Thursday marks the second time opposition figures have been arrested in Hong Kong in as many days, after two activists — who advocate for Hong Kong independence — were charged with unlawful assembly in relation to a brawl in Hong Kong’s legislature. Sixtus Leung and Yau Wai-ching were among the youngest lawmakers elected in the territory last year, but were disqualified from taking their seats after refusing to take their oaths properly and pledging allegiance to the “Hong Kong nation.”

The November rally, over which the latest arrests were made, was called in response to the intervention by Beijing to “interpret” the territory’s Basic Law, or constitution, in order to prevent the separatist duo from taking their seats. It was considered Beijing’s most severe infringement on Hong Kong’s autonomy.

Yau, one of the two activists arrested on Wednesday, tells TIME that she believes the charges amount to “political persecution.”

“There is no ground to charge unlawful assembly as we had the right to protest, and it was our duty to attend the meetings in the [Legislative Council],” she says.

Nathan Law, another co-founder of Demosistō who was elected as Hong Kong’s youngest-ever legislator, says: “The protest originated from Beijing’s move to undermine Hong Kong’s rule of law,” adding that “these are absolutely political prosecutions.”

Last month, nine organizers of the 2014 mass pro-democracy protests that paralyzed the city for 79 days, were booked on charges relating to causing a public nuisance during the demonstrations, Reuters reports.

The spate of arrests come as Hong Kong’s deeply unpopular Chief Executive Leung Chun-ying reaches the end of his tenure. His successor, Carrie Lam, was picked late March in a closed contest with 777 votes out of 1,194 eligible electors, over a more popular rival. The arrests of the nine Umbrella activists came one day after Lam was elected.

“There is reason to believe that Leung Chun-ying is paving the way for the new government, which will be inaugurated on July 1, and to reduce the willingness for Hongkongers to make a stand when [Chinese President] Xi Jinping visits Hong Kong on that day,” Joshua Wong, the Hong Kong student activist who headed the mass pro-democracy protests and co-founded Demosistō last year, tells TIME by text message.

The Chinese President is expected to administer Lam’s oath of office on July 1, 20 years after sovereignty was transferred from the U.K. to China.

“There’s a pattern of retaliation against pro-democracy figures,” Nicholas Bequelin, East Asia director of Amnesty International, tells TIME, noting that the arrests came “a long time after the actual events” in all three instances.

Whatever the outcome of the various cases, Bequelin says that “just the fact of prosecuting people is having an intimidating effect,” suggesting that the sheer number of cases is “intended to have a chilling effect on freedom of expression and freedom of assembly.” 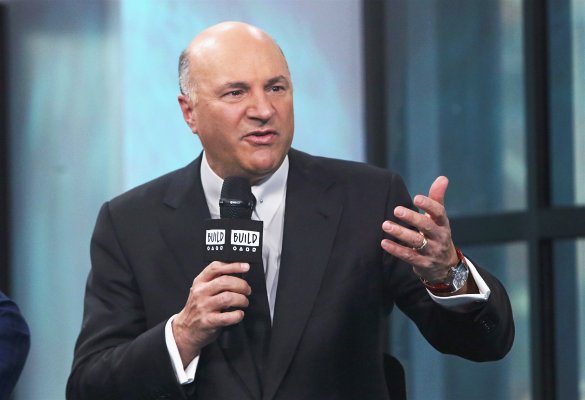