President Trump listens at the Days of Remembrance ceremony in Washington, on April 25, 2017.
Andrew Harrer—Bloomberg/Getty Images
By Aric Jenkins

President Donald Trump said on Wednesday that he is considering splitting up the U.S. Court of Appeals for the Ninth Circuit after its recent rulings that have blocked two of his executive orders.

On Tuesday, a California judge temporarily blocked the president’s efforts to withhold federal funds from so-called “sanctuary cities,” or municipalities that limit their cooperation with immigration enforcement agencies.“If there was doubt about the scope of the order, the president and attorney general [Jeff Sessions] have erased it with their public comments,” Judge William H. Orrick of United States District Court wrote in his ruling.

The Ninth Circuit has jurisdiction over nine west coast states and two U.S. territories. Eighteen of the court’s 25 judges were appointed by Democratic presidents.

“You see judge shopping, or what’s gone on with these people, they immediately run to the Ninth Circuit,” Trump added. “It’s got close to an 80 percent reversal period, and what’s going on in the 9th Circuit is a shame.” 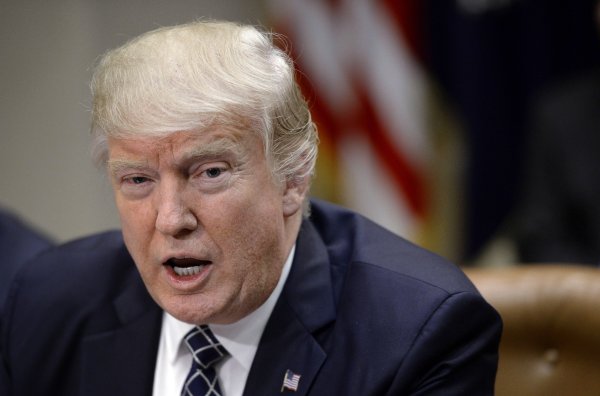