Before Trevor Noah could get down to riffing on President Donald Trump‘s border wall plans on The Daily Show, “Trump” himself crashed the scene to set the record straight on all the fake news bursting out of the late night show.

“I don’t know why Trump and his people don’t just lose the whole wall idea,” Noah began. “Just admit that the whole thing is ridiculous and move on. At the end of 100 days, the president should be talking about his legislation not his stupid wall.”

Enter POTUS impersonator Anthony Atamanuik — playing his orange-faced, paranoia-prone, self-aggrandizing character who was there to “push back on the lies and the slander” from Noah, or as he called him, “Travis.”

“You’re really nasty to me,” he complained. “Totally unfair and I’m a nice guy. I’m one of the best guys. I’m the nicest. I’m nicely on top of bigly in an angel food cake.”

As for how to pay for the wall?

Atamanuik will bring his popular satire to a wider audience with Comedy Central’s The President Show, premiering Thursday. 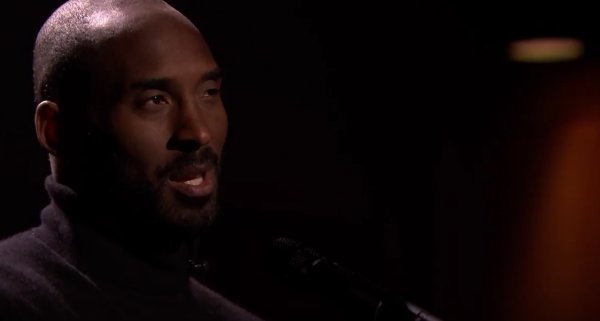 Kobe Bryant Did a Very Dramatic Reading of a Poem About Steve Urkel
Next Up: Editor's Pick