A Veteran Tied Her Service Dog to a Tree and Shot It 5 Times, Officials Say

A 22-year-old veteran was arrested Tuesday and charged with animal cruelty after tying her service dog to a tree and shooting him five times in North Carolina, according to court papers.

The pet, named Cumboui, was an emotional support dog for Marinna Rollins, and died in the shooting. Rollins is a veteran who is said to be suffering from post traumatic stress disorder, according to documents reported by the Fayetteville Observer.

Rollins was arrested along with 25-year-old Jarren Hang, a soldier, who took pictures with Rollins and Cumboui before tying the dog to a tree. According to the Observer, Rollins was the one who actually shot Cumbui.

The Observer obtained a video of the shooting that showed Rollins and Hang, who filmed the video, laughing at the dog after he was shot. 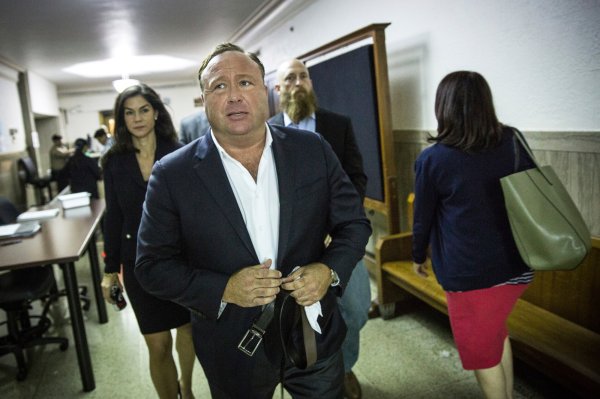 What to Know About Chobani's Lawsuit Against Alex Jones
Next Up: Editor's Pick